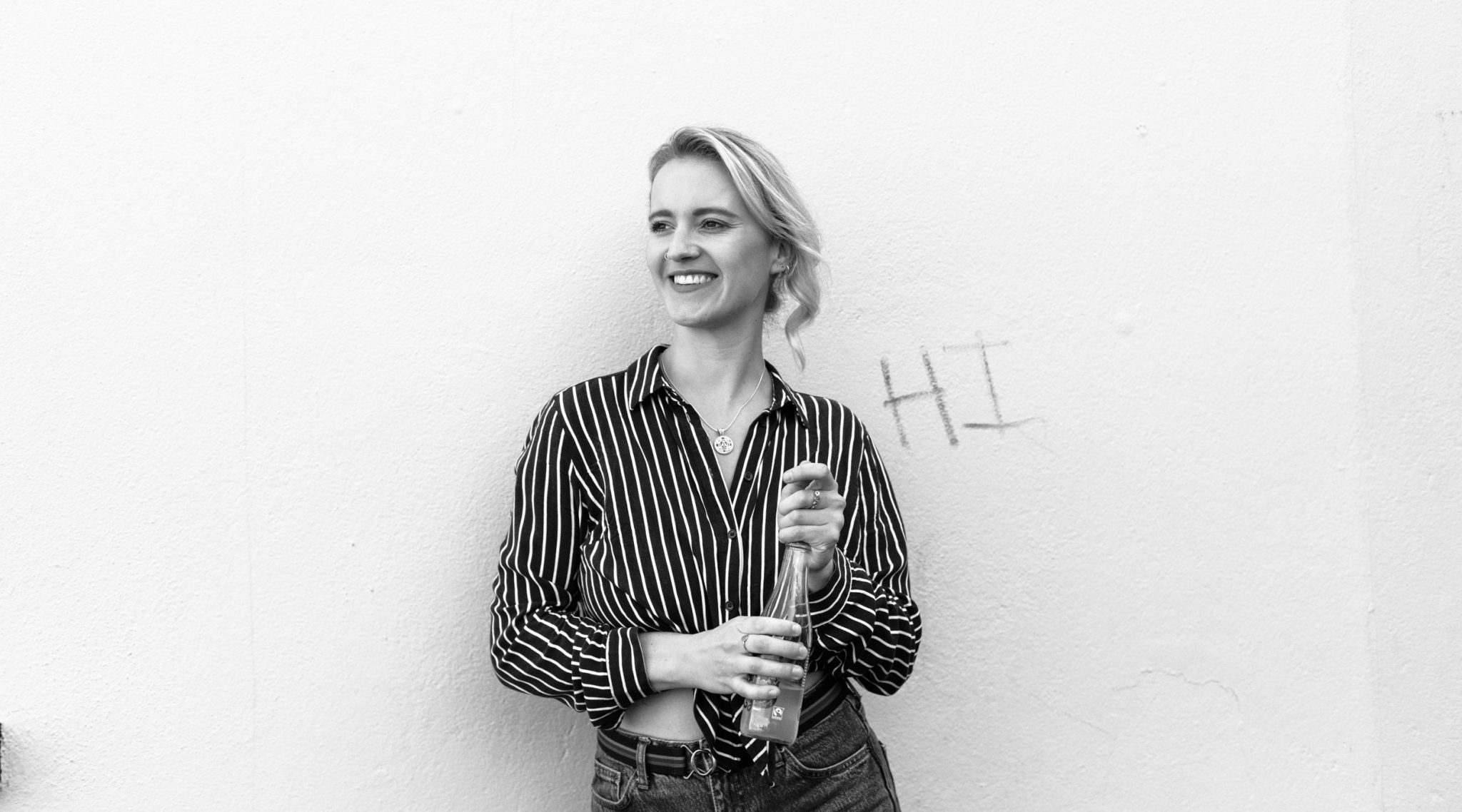 Phoebe Katis returns to the Fringe in 007 Voices of Bond and takes us on a journey that follows the captivating world of 007 and the voices that have accompanied the Bond film theme tunes over the last five decades.

The James Bond film series has featured numerous musical compositions since its first film produced in 1962, many of which are now considered classic pieces of British film music. The best known of these, the James Bond Theme, written by Monty Norman and arranged by John Barry, is the main signature theme of the James Bond films, with its ‘defacto sound of jazz and contemporary music’, and has featured in every Bond from since Dr No, released in 1962.

Dressed in sparkling black and gold palazzo pants, Katis is accompanied by four able musicians on stage, one of whom attempts to sort out the feedback on the mic by moving the speaker during the performance. The level on the electric guitar sometimes overshadows Katis’ singing, and the video projection, while it sometimes enhances the intrigue and suspense of a song, can be distracting at other times.

Katis enlightens us on the background and composers of the Bond theme songs. From Barry’s jazz and contemporary music style to David Arnold (whose Barry-esque orchestrations combined with electronic rhythm elements gave the Pierce Brosnan era its musical identity), from George Martin to Marvin Hamlisch, she explains how their different styles capture the essence of each film and its time in history.

Katis charts both the singers who were originally in line to sing the classics and the ones who were eventually chosen chronologically, adding insight to the songs we all know and love.

The journey takes us from Goldfinger (Shirley Bassey) to You Only Live Twice (Nancy Sinatra), to Live and Let Die (Paul McCartney and Wings), to Nobody Does it Better (Carly Simon), to Licence to Kill (Gladys Knight), to Golden Eye (Tina Turner), and to the first Bond theme to win an Academy Award for Best Original Song, Skyfall, sung by Adele. Katis also belts out the Jack White and Alicia Keys (the only duo to collaborate on a Bond theme) number, Another Way to Die, with great energy, accompanied by her guitarist.

Notwithstanding the sound and visual projection issues, Katis has the Midas touch. She is as an accomplished keyboard player as she is a singer, and while she doesn’t attempt to mimic the original renditions, she powerfully delivers her own interpretations with originality and beauty.

007 Voices of Bond is an illuminating hour of storytelling and song, which will captivate fans of Bond with its mystery and intrigue.