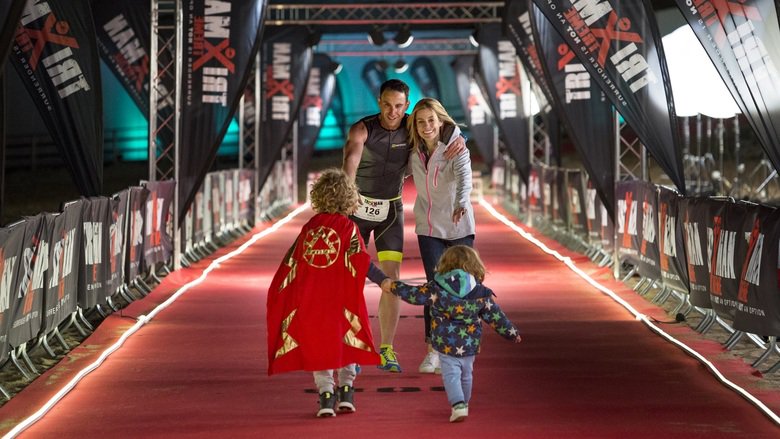 As part of the Edinburgh Spanish Film Festival

When Ramón (Dani Rovira) is diagnosed with multiple sclerosis in his thirties, he’s told by a jaded fellow sufferer that in a year he won’t be able to walk 100 metres.  Motivated by these words he resolves to complete an iron man challenge; 3.8km swimming, 180km cycling, and a marathon as the cherry on the cake.  He’s supported by his loving family and boosted by an eccentric training schedule devised by his antagonistic father-in-law.

100 Meters is a film of few surprises but endless reserves of warmth and wit.  Rovira and Karra Elejalde who plays Manalo, Ramón’s father in law, are both known for their comedic roles in Spain and it shows. The odd-couple relationship between them is bracing, and there are huge echoes of Rocky in the training scenes.  It’s a touchingly rough-edged examination of stoic masculinity and a slow emergence from self-imposed isolation; one caused by the despair of an illness, and the older man by the death of a spouse.

It’s the abrasive humour, liberally peppered with profanities throughout, that effectively grits the slippery slope towards mawkishness and false sentiment.  There are the expected moments of self-pity and bumps in the road, but there is always another bruisingly amusing exchange around the corner, or a cute interjection from Ramón’s almost unbearably sweet moppet of a son.

If there are missteps, they come in occasional lags in the pace.  Even if the depiction of muscular sclerosis is admirably well depicted (using real sufferers in supporting roles), there is at least one character who serves as emotional padding.  Also, the relationship between the two men comes at the expense of Alexandra Jiménez as Inma, the wife of Ramón.  Her claims that his illness is, “a diagnosis for both of them,” is undermined by her being sidelined for much of the film.  This is a minor flaw however, for the film does so much correct that when the family comes together for the final, euphoric moment of triumph, all is instantly forgiven and it’s impossible not to be swept joyously along.

A film that could have the wide-reaching appeal of Olivier Nakache and Eric Toledano’s Intouchables, which dealt with similar themes, 100 Meters is genuinely inspirational, with a real message of empowerment.