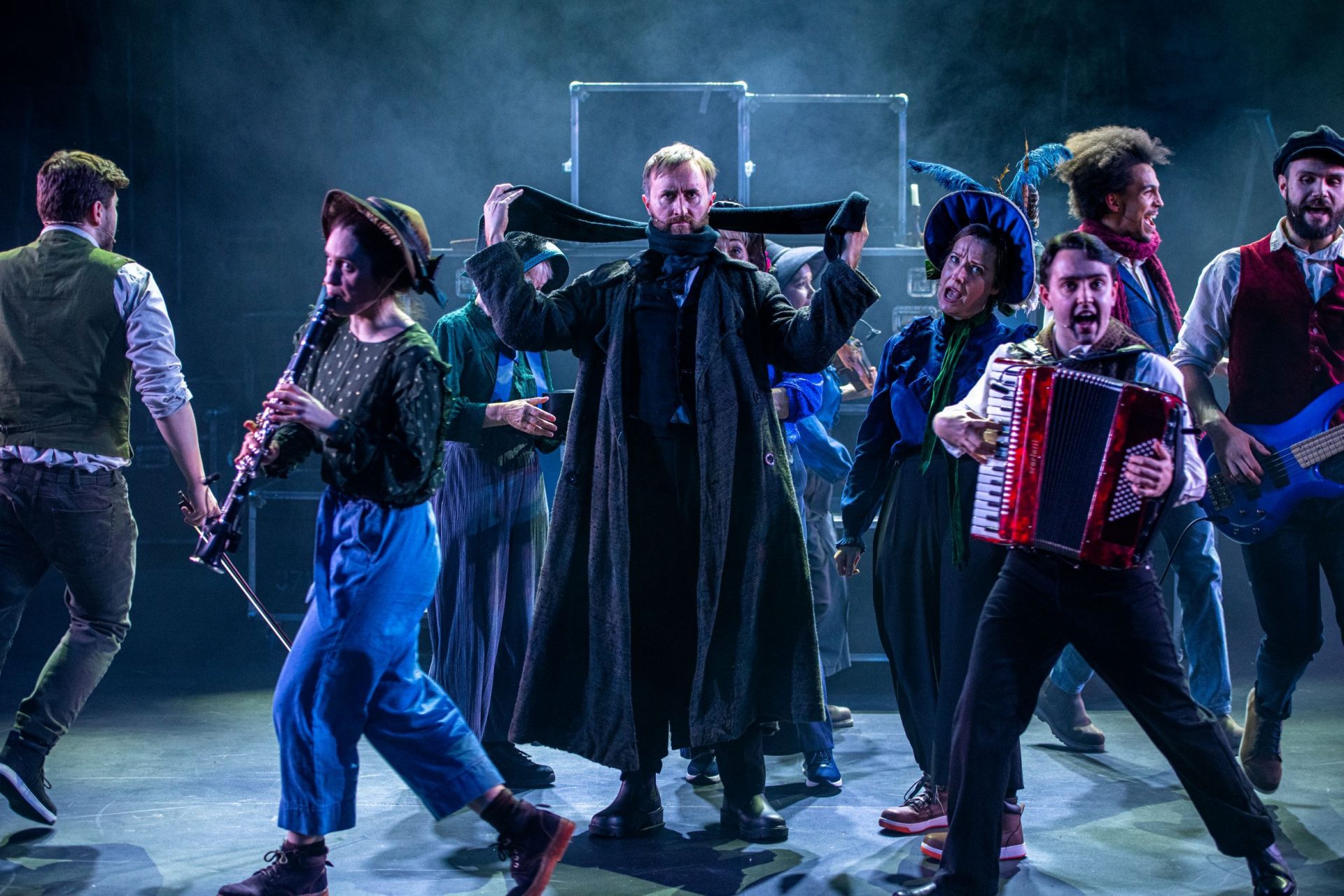 Innovative and exquisite musical take on a Christmas classic

A Christmas Carol at Dundee Rep is a magical, immersive theatrical experience that not only breathes life into the classic tale but revitalises and innovates it with stunning staging and phenomenal acting.

The entire cast are exquisite, breaking the fourth wall to bring the audience into the action in a tender and masterful way. Utilising multiple instruments and song, original folk songs are stunningly performed and create a fully rounded musical experience. The cast work together to weave a performance that is dazzling, heartfelt, and simultaneously comedic and deeply emotional.

The performers tackle multiple roles, switching seamlessly with plenty of comedic asides that never fail to bring huge laughs. Ann Louis Ross as Marley and one of the Mrs. Fozziewigs is hysterically funny, paired with Irene Macdougall as the Ghost of Christmas Present. The two are a brilliant and hilarious comedic duo who are captivating with their sardonic wit. Ewan Donald as Scrooge and Issac Savage as Young Scrooge are also impressive, bringing fantastic emotional depth and soul to the curmudgeonly character. It is difficult to choose standout performances as every single person on stage is wonderful, each adding to the atmospheric and intriguing world created on stage.

The staging is creative, surprising, and innovative. Opening on an empty stage with a stack of boxes acting as a rostrum, while an un-costumed cast mill around the audience, a sense of intimate minimalism is created – one which is built upon and transformed in front of the audience’s eyes. There’s a real sense of a journey being embarked upon, one that is filled with wonder as the action unfolds.

The stark, industrial backdrop is made magical with lights and baubles, the music and acting breathing life into it. The plot is true to the original story, yet writers Scott Gilmour and Claire McKenzie manage to keep things fresh with the injection of meta humour and the charismatic personalities of the performers. The scenes featuring Marley with the Ghost of Christmas Past are stunning, moving from sadness to humour and utilising clever voice and instrument tricks to create a sense of immersion.

A startlingly inventive take on a classic story, A Christmas Carol is flawless. From the first joke to the last chord it rings true with passion, warmth, and boundless talent, making it a must see this festive season.