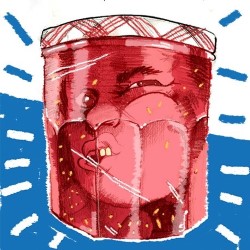 A Jam-Maker's Guide to Self-Preservation

[Rating:3/5] Get your prescription for laughter filled with the singing and comedy skills that could only come from future doctors wearing scrubs and unidentifiable fluids.

Even the medical phobic will enjoy a night with The MDs Comedy Revue as they perform their comedy sketch show A Jam-Maker’s Guide to Self-Preservation. The cast is made up of all medical students up from University College London who write the sketches, act and run tech on the medical themed production.

The group clearly are very talented and have a back up career if the whole doctor thing doesn’t work out. The show is well acted and singing is pretty good with medical lyrics put to popular songs that stay in your head for hours later. A good balance is achieved by sticking with the medicine theme without being too technical for the audience. Humor is a bit on the gross side as is to be expected when bodies are involved especially as one actor emerges from under a sheet with faux body fluids in his hair. Nice touch. The audience reacted well with a few in tears of laughter by the end and fun if not dirty characters brought to life with good scripting and costumes (mostly scrubs to be fair).

The show is sold out on this particular night and only a few more days are left of the run. Get your prescription for laughter filled with the singing and comedy skills that could only come from future doctors wearing scrubs and unidentifiable fluids.