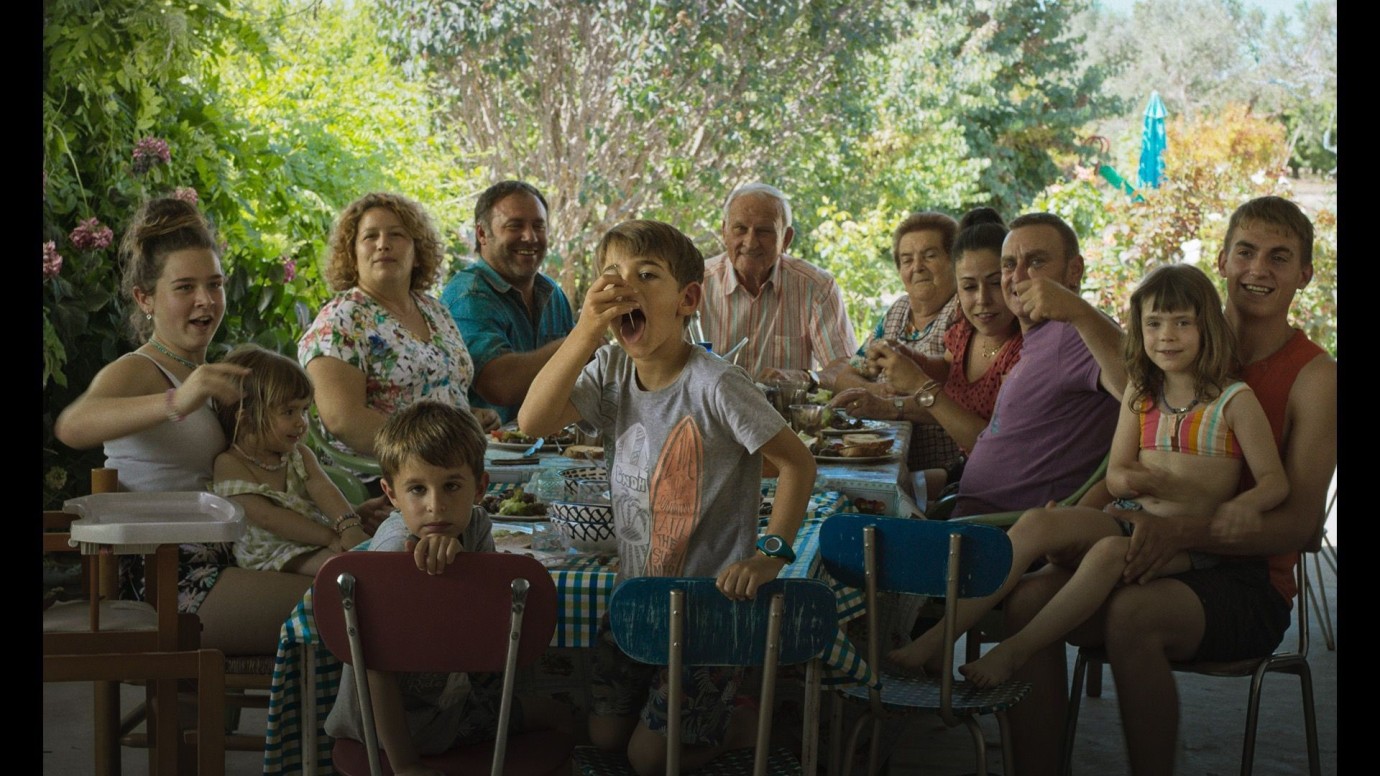 With this Catalan pastoral, the lauded young Spanish filmmaker Carla Simón retains the approach she adopted in her semi-autobiographical first film Summer 1993; the use of non-professional actors and a realist narrative steeped in the culture of the region she knows so well. Alcarràs, named for the village in which the central family face an uncertain future, is a gentle tale of tradition, gentrification, and extended family; one subtly and eloquently evoked. Yet it wavers between lyrical elegy and more barbed societal drama to slightly hollow effect.

Quimet (Jordi Pujol Dolcet) is the head of a family of peach farmers who have harvested the orchards belonging to the affluent Pinyol family for three generations. The poorer clan had sheltered the richer during the Spanish Civil Wars and have lived on the land since out of gratitude. However, nothing has ever been in writing, and the gentleman’s agreement Quimet’s father Rogelio (Josep Abad) had with the elder Pinyol has died with the old patriarch, and the dead man’s son (Jacob Diarte) has sold the land to a company specialising in solar panels. Quimet and his family have one last harvest to gather before they face eviction.

Simón is both empathetic for the way of life exemplified by Quimet and clear-eyed about the hardships of the traditional way of sustenance. Quimet is forced to lay off most of the manual labourers he employs and rely on his family, chiefly his son Roger (Albert Bosch), daughter Mariona (Xènia Roset) and brother-in-law Cisco (Carles Cabós) to bring in the crop. The entire farming industry in the region is also feeling the pinch as slashed wholesale prices trap everyone in a cycle of diminishing returns. Yet, there is much depicted as idyllic. The colour palette is either dazzling bucolic sunshine, or cosy crepuscular evening, and lots of time is spent with the family as a unit; adorable kids playing happily, and much merry communal feasting. It’s in these little moments of tight-knit intimacy that the film excels, putting one in mind of a more elliptical spin on the admirable but hardscrabble rural life depicted in Minari.

Yet despite its evocative depiction of the large clan and the doomed rhythms of their way of life, Simón’s resistance to anything that may be interpreted as melodrama means Alcarràs lacks the sense of urgency and and pressure that should hang heavy in the atmosphere. Every time there’s conflict between the family or another reminder of their impending eviction, Simón instinctively pulls away from it, seemingly reluctant to probe at any raw wounds. This means that instead of the drama that should be naturally present in its very narrative, there’s instead a strange, blandly neutral sense of an endless Summer. It exists in a middle ground between documentary neorealism and Malickian poetics and never quite reconciles the two.

Alcarràs is a victim of its undoubted lulls and longueurs, but there is much to recommend; not least Simón’s skill with the non-professional actors, all of whom are astonishingly proficient, and the lush cinematography of Daniela Cajías. It’s certainly impressed enough people that it scopped the Golden Bear in Berlin last year. There’s is just the sense that the film is content to circumvent its themes rather than engage directly and risk didacticism, or even sentiment (it’s easy to see how a more populist sensibility could have turned this into a Jean de Florette for the 21st century), which leaves the film feeling indolent instead of vital. There is a way to split the difference between these conflicting instincts and do justice to similar themes – last year’s Luzzu was a small, Maltese marvel – but there’s a central stasis in Alcarràs that lets the story float away on nostalgic drift. A gorgeous but frustrating missed opportunity.