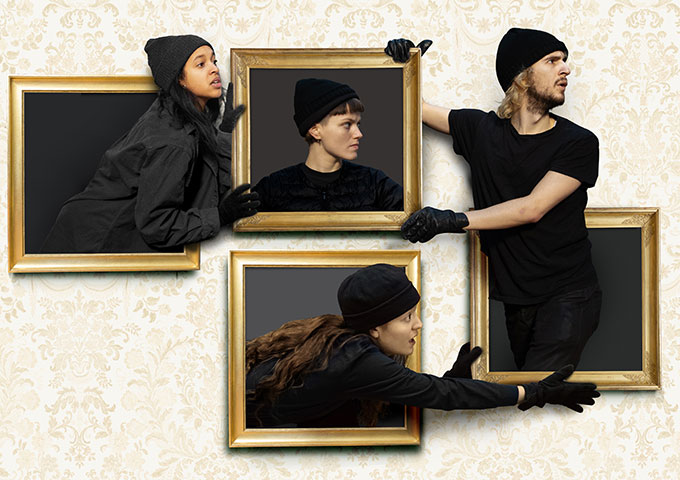 Complex comedy built round the chaos of a heist gone wrong 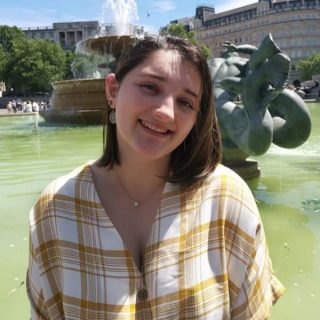 Three unrelated thieves attempt to steal a priceless painting on the same night. What could possibly go wrong? Art Heist by Poltergeist – an innovative comedy that demands the audience’s attention – is set up to ensure the theft isn’t easy. In a style that can only be compared to as a role-playing game, each thief shares the creation of their back-story and numerous paths for a successful heist; the narrator, coincidently the gallery’s security guard, loosely guides each character throughout the story.

The actual story feels messy at times, and whilst there is some mild philosophising about what makes art desirable, it would have been nice to develop some of these questions more.  But the characters bring the show to life, and the actors make a huge impact. The blend between narrator and character is smooth, and helps the transition when engaging with audience members. The audience participation is funny, but it did seem to be more of a time-passing technique rather than adding any real significance to the show – though on the night I attended the people they selected were more than eager to join in and have a laugh.

It is a pleasant surprise to see how many special effects are used throughout the show. Like a grand heist movie, lasers and lights create a sense of urgency, and both the production and choreography are precise. As ambitious as it may be, any minor difficulties were handled quickly and didn’t greatly affect the performance. Art Heist doesn’t hold back on this aspect of the experience and, coupled with eccentric characters, the special effects make for a memorable event.

This production was pleasantly bizarre at times, reflecting the disorder of a heist gone wrong, and it is amusing and (most importantly) fun. However, with so much happening amongst the chaotic scenes, it borders on confusing: it feels like if you were to close your eyes for a second, you would miss something important in the background.  Art Heist may demand your attention a little too much – but alongside likeable characters and well-choreographed production, it is a show that invites you contemplate the value of a priceless painting.