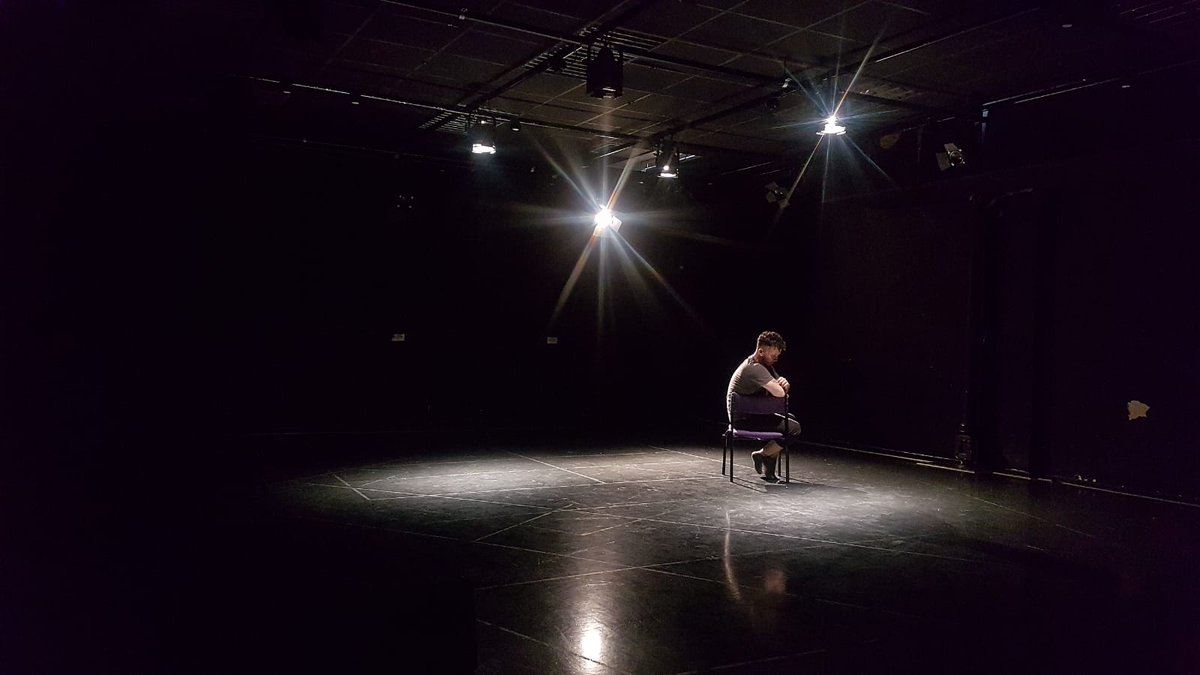 With any solo show that cuts close to the bone, even when an unknown quantity may be fictionalised, there is a challenge in maintaining a persona. Jake Boston’s Bare Knuckle takes a look at the world of bare-knuckle fighting and his father’s and his own role in it. Told from the perspective of his childhood self, this is a deceptively upbeat story of masculinity, ambition, and addiction.

Consisting of a collection of anecdotes from his childhood, Boston recounts his friends and family who shaped his youth –  all with a sparkle in his eye like an excitable six-year-old. Boston’s approach, as well as that of director Lucy Richardson, adds depth to what would otherwise be a standard story of a fractured upbringing with the benefit of hindsight. Instead, they consider the unalterable admiration that he had for his father, viewing this childlike optimism as both a wonder and a danger.

Boston himself is a joyful stage presence with a talent for characterful storytelling. His writing shifts between being funny – including a gobsmacking yet side-splitting story involving a small dog – and being poignant, particularly when he talks about the deterioration of his relationship as he became more independent. Similarly, he juxtaposes his cockney charisma with the poetic flourishes in his writing (referring to the “all too familiar colour of claret” with regard to seeing his father fighting).

He is clearly most comfortable when playing himself; a challenge not to be sniffed at, given the balance required to be both a performer but also authentic. When playing other characters there is less distinction; although the montage of his teenage friends is creative, his demeanour stays more or less consistent. That does not necessarily matter though, since this is a solo show with Boston’s father in mind, the focus being their relationship. To this end, the wider topic of masculinity and self-discovery are slightly neglected. Yet, for the sheer power of Boston’s performance it barely matters.

Bare Knuckle is funny, moving and personal, even if thematically it punches above its weight.