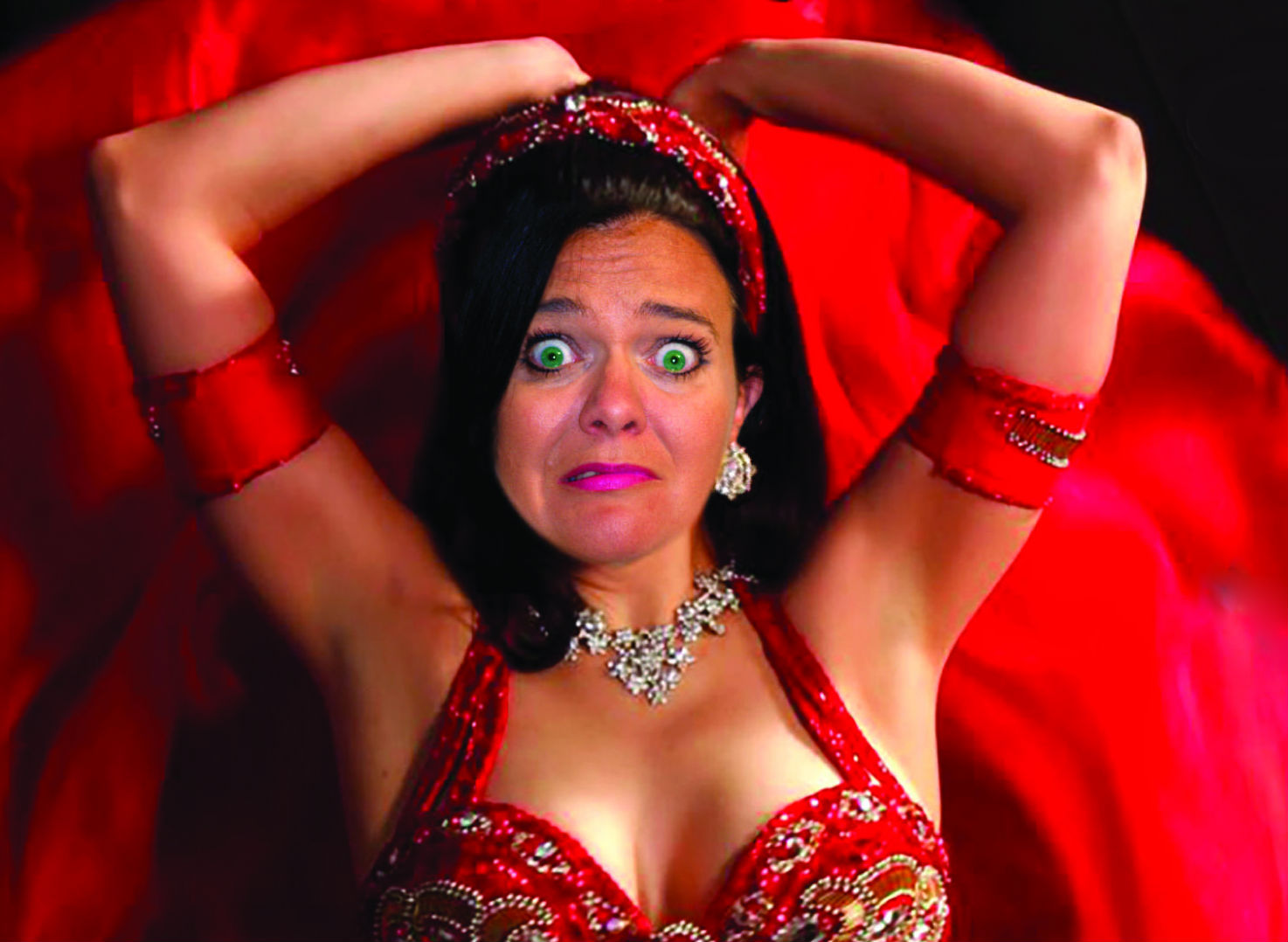 Tantric massage makes for an unlikely, but fun, storytelling show

Jacqueline Haigh once went for a job as a receptionist in a “clinic” and ended up giving a “helping hand” as a tantric masseuse, giving her some indecent subject matter for this more than decent storytelling show. Over the course of an hour, Goddess offers a behind the curtain peek at life in such a parlour – the comings (oooh, matron!) and goings, the staff and clientele, and the social milieu in which they mix.

Haigh plays herself as something of an ingenue, a role she sets up perfectly with a quick glimpse into her limited sexual education as a pre-teen. The puberty education book she found in her big sister’s cupboard is brought out and picked over for the comically indirect illustrations and dated explanations of the facts of life.

As with all her anecdotes, it’s well written and conveyed, with props to help with the telling. Some of the one-liners are guessable and a little stilted in delivery – it’s not a stand-up’s set – but this is made up for with some great characters.

Our main protagonists, apart from Haigh herself, are the two Goddesses who run the parlour. Isis is a sultry, posh English actress, bringing in some extra cash. Aphrodite is a blonde Lithuanian, a lawyer back home, hoping to return there with enough money to buy a house. Haigh brings colour and vitality to each.

In the end, despite or because of the subject matter, it’s a story with a lot of heart, in which we warm to the women behind Isis and Aphrodite, and especially to Haigh herself. This packed, mixed audience appreciate it and not a grubby flasher’s mac in sight.