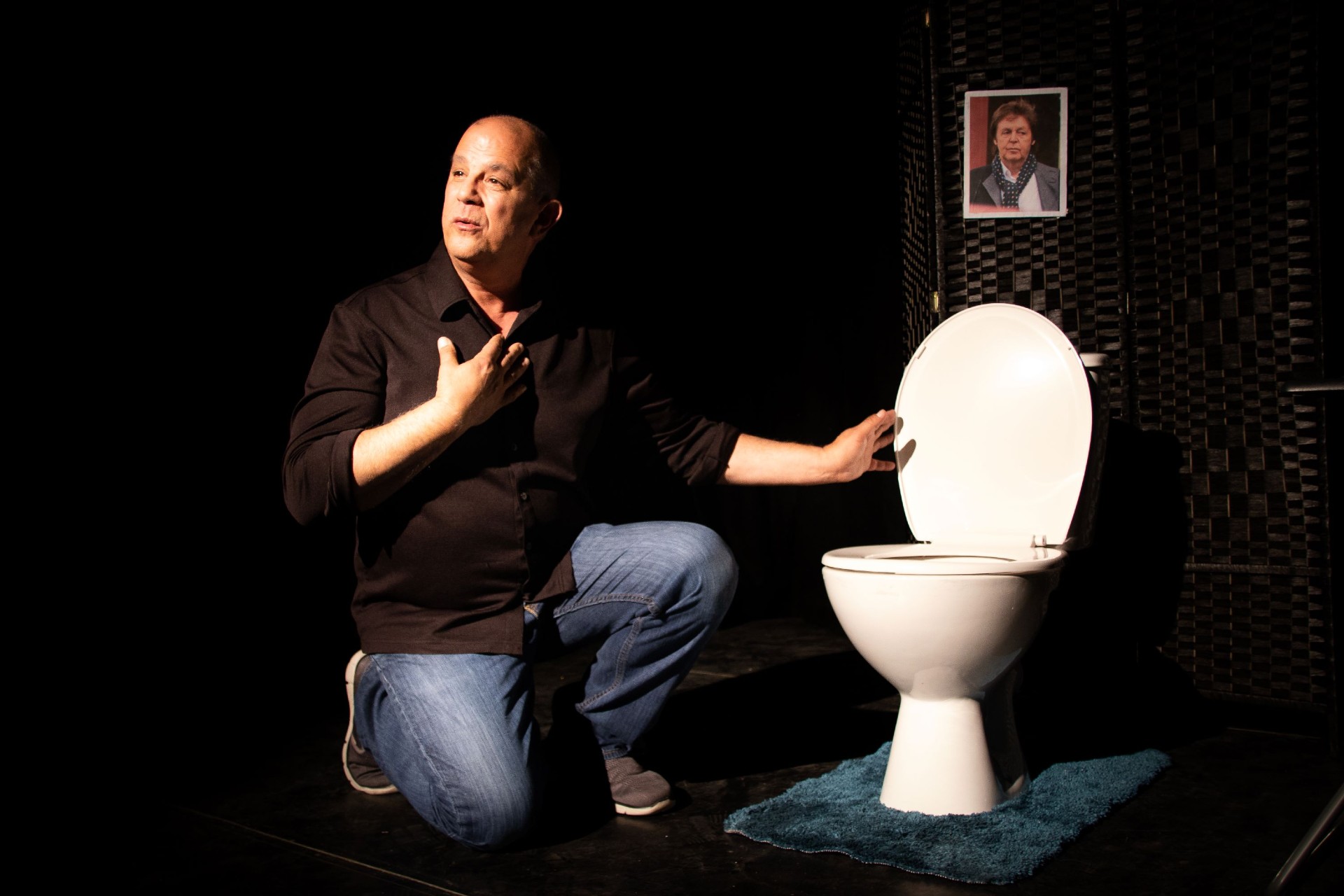 Bathroom of a Bar on Bleecker

This one man play by Mike Lemme uses the final ranting podcast from its host in a bomb-ravaged New York as a springboard for a range of topics that encapsulate the shared mentality of Joe Roganesque podcasters. Emil Ferzola excels as the host, providing a stark portrayal of a man having a meltdown on air as he begs for his family’s life.

As we follow the host’s journey from the fateful day he entered the bathroom and was inspired to his current situation, Ferzola takes us through a rollercoaster of emotions, from defiant arrogance to wisecracking and eventually pathetic sobbing. The host uses his on air time to work through his guilt at not being there for his wife and kids, yet simultaneously air his delusions that he is a god-like figure with unlimited power over his listeners.

Lemme uses the host’s rants to psychoanalyse the bitter mindset of white males in his position, not resorting to a straightforward takedown of their ideals and attitudes as a lesser writer would have done. Instead, thanks to Lemme’s writing and Ferzola’s constantly engaging performance, the host comes across as a three-dimensional human being, one arguably more self-aware of his shortcomings than the likes of Joe Rogan are.

At the show’s beginning, Lemme introduces Bathroom of a Bar on Bleecker as a work that can be enjoyed as either a tragedy or a comedy – it’s thanks to his and Ferzola’s combined versatility that either possibility can be entertained by the audience.