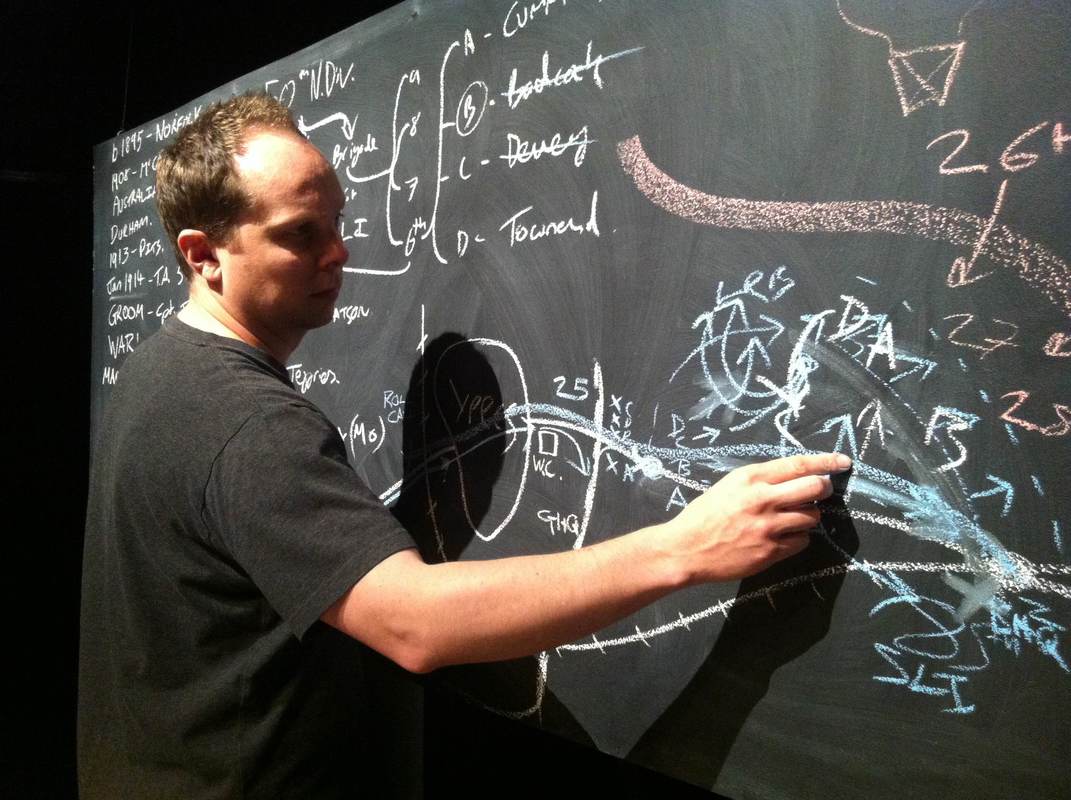 The Army’s arrival at the Fringe under the banner Army @ The Fringe and a partnership with Summerhall has been met with disagreement from certain quarters. “The mainstreaming of militarism within UK culture,” no less. You could say that. Or you could say that this is an open access arts festival and if the men and women of our armed forces wish to be part of it, fair play to them. Besides, if this were a sinister plot to lead our innocent youth into the maw of the military-industrial complex rather than a very mild PR exercise, they’d do better than starting with a one man play about the horrors of World War I.

Between The Crosses by Wales’ Flying Bridge Theatre is essentially a theatrical lecture about one Durham Light Infantryman’s experience at Ypres and the Somme. The man giving the lecture, Will Huggins, is the great-nephew of the soldier, Edgar Huggins, and it’s told using a recording made by the Imperial War Museum of the old man shortly before his death. Snippets from this recording enable Will to effectively “interview” Edgar to get a first hand account, while details from official reports provide an emotionless, and occasionally brutally objective, context. As Will says, both accounts concur on factual detail, but Edgar veers away at crucial junctures as if recoiling from the memory. In some ways, Between The Crosses aims to fill the gap of experience in between.

It’s accessibly and fluently delivered, with key points being noted on a large blackboard. A rattled-off history of World War I might have a few pedants hmm-ing, but sounds accurate to these ears, and conveys well the tragic domino effect of events. Similarly impressively, Huggins launches a detailed explanation of army structures and deployment, sketching troop movements on the board. It almost deliberately loses the audience in detail, but in so doing, makes its point about the chaos of war.

Huggins Jr. has a rare humility as a performer in not making it all about him. He puts Edgar front and centre, framing his words for maximum effect, and avoiding adding too much of his own interpretation to them. It’s a generous act. Edgar comes across as something of a star. He talks of his love of horses, which eventually came in handy, and of his ambition to travel to Australia, which sadly went unfulfilled. He’s less forthcoming on the war, playing down any talk of the privations he faced. There’s few of the cliches of trench life in here, mainly because Edgar himself doesn’t mention them.

There’s another poignant moment when Will reveals his nan, Edgar’s sister-in-law is being laid to rest this very day at the age of 101. This play makes a fitting tribute to her, Edgar and their whole generation.