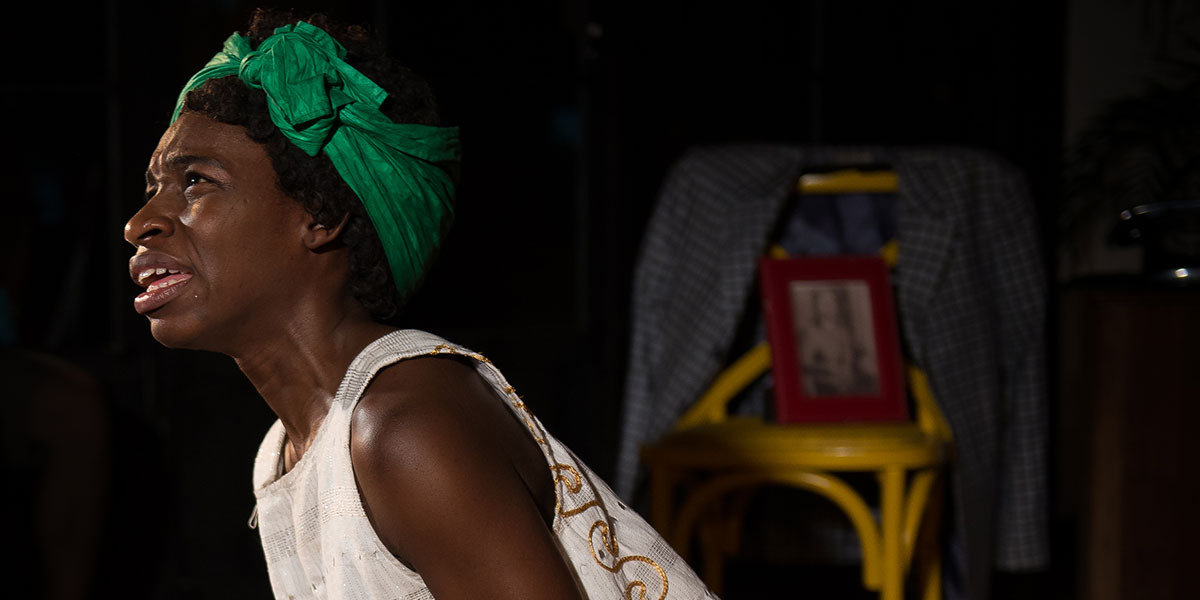 Black is the Color of My Voice

The Cromdale Theatre at the EICC (operated this year by The Pleasance) is a suitably big space for the big voice and performance of Apphia Campbell. In Black is the Color of My Voice, she portrays Nina Simone in snapshots of her life charting her prodigious childhood, relationship with her parents, and traumatic romances. Simultaneously, this is a window into the civil rights movement in the USA and the place of music amongst that.

The staging is relatively simple with changes in ambient lighting signalling time and mood shifts. The focus, though, lies with Campbell who is magnetic as soon as she appears on stage, capturing the audience with her confidence, ease and humorous delivery of lines. It’s a one-woman show that doesn’t quite feel like it as she speaks to various other characters in her life – in photographs, in memories, and even ‘in’ the audience – and some of these conversations become emotionally intense. Campbell delves into these moments with authenticity and heart.

Of course, this is Nina Simone, and the show wouldn’t make much sense without music. Campbell sings at various points, her voice rich, dextrous, and emotive. It’s also interesting to realise how many songs that Simone recorded are so well-known and part of our shared culture with the USA. It does feel a little odd to hear the character speak about her gifted childhood as a pianist without ever seeing a piano on stage, though (Campbell only mimes to a pre-recorded piano at one point).

Black is the Color of My Voice reaches its moving climax with the death of Martin Luther King Jr. (powerfully conveyed via audio of real news recordings). Moments like these raise the show above a mere life story and into social and political documentary. The lasting mood of the play is one of both devastation and strength.