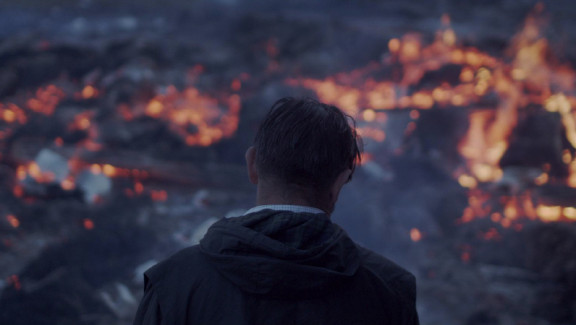 [rating:3/5] An eerily beautiful use of the rural northern English countryside and subtle, complex acting to explore themes of homecoming and family dynamics.

Eerily beautiful, Blood Cells uses the rural northern English countryside and subtle, complex acting to explore themes of homecoming and family dynamics. It’s 2001 and like most of the UK farming community, the family farm falls victim to foot-and-mouth disease, followed by another tragedy, prompting Adam, played by Barry Ward (Jimmy’s Hall, The Claim), to leave home for a nomadic life instead of facing his inner demons. That is, until his brother calls giving him an ultimatum: come home now or don’t come home at all.

Visually striking, the setting goes back and forth between stark rural landscapes and gritty city shots, emphasizing Adam’s inner struggle throughout the film. Adam battles alcohol addiction to avoid dealing with his past as he moves around the country working cash-in-hand and never staying anywhere for long. His hardships throughout the film are heartbreaking and emotional, making it easy to empathise with the disastrous state of his life. Ward’s quietly contemplative acting is a subtle mosaic that suits the role perfectly, his interaction with other actors being fairly minimal. Indeed, the supporting characters are mostly bland and distract slightly from the excellent job Ward is doing.

The pacing is too drawn out for a film is already deep and contemplative. Cutting some scenes short to improve the flow would help the balance, increasing both interest and the appropriate sense of contrast. The writing is largely good, but lines aren’t memorable or particularly inventive, while the ending feels more like a loss of momentum than anything intentional. Yet Blood Cells remains a solid film full of stark, graphic camera work and a compelling central actor who excels in a tough role.