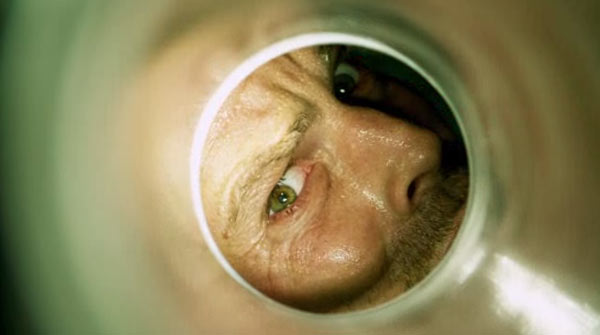 [rating:2/5] Tired clichés and an unsatisfying ending fail to define this film from other man-in-box thrillers.

Since 9/11, Hollywood has found a renewed zest for the All-American hero who protects his country against the threat of terrorists. Waking up inside a glass box in the back of a car, secret service agent Jeremy (Stephen Dorff) faces mental and physical torture as his captors try to extract top secret information that could bring down the very heart of the United States government.

If you’ve seen Buried, you’ve pretty much seen Brake. In such one actor, one setting films, the pressure is inescapably on the lead; Dorff is convincing enough and does a good job in what must be a demanding role, but where there is interaction with others it feels forced and unnatural – more the fault of director Gabe Torres than Dorff. The plot has a twist that seems to think it’s a lot more intelligent than it is; its only unpredictability lies in the fact that it bears little relation to the rest of the story, which comes across of lazy writing from Timothy Mannion. Although there are a few nail-biting moments where the horror of the situation overtakes any criticisms, it’s not enough to pull away from tired clichés and into a film that defines itself from other man-in-box thrillers