Restraint is often required not to turn any analysis of Butt Boy into a pun fest. The film’s effort in not taking itself too seriously directly impacts any lengthier, deeper exploration of its concept, one quite simple in theory yet surprisingly layered in practice. After a routine rectal exam, Chip (Tyler Cornack) develops an unhealthy obsession with stuffing things – living or not – into his… well, butt. When a scarred detective crosses his path, the pressure upends his already unhinged madness.

In a continuous crescendo, Butt Boy not once shies away from the bizarre. If there is one accolade to be given to director Tyler Cornack, it is his faithfulness to the concept and his commitment to taking his vision as seriously as it could be taken. On the other hand, the premise itself does not sustain the narrative for too long, ultimately forcing the writers to resource to the predictable appellative tricks and scatological jokes.

Butt Boy stands in that murky spot between packing way too much and yet giving much too little. Here we have relationship troubles, parenting struggles, fighting addiction, overcoming grief, cliché 90s police work, shamble politics, superpowers, parallel universes… it rapidly grows tiresome. Instead of picking one or two themes out of his storytelling hat to properly work on, Cormack opts for amping up the mania for the sake of doing so, relying solely on the freakishness of the principle to charm his audience.

If the narrative crumbles, the visuals do just the opposite as a steady, reliable stylistic feat. Credited under the name Feathers, Cornack and co-writer Ryan Koch guide Chip’s journey to a constant, well-crafted synth soundtrack. The music, when combined with the high saturation of the cinematography and the use of neon shades, grants the film the feel of one of many recent indie hits.

By the time the tale reaches its glorious, smutty peak, many questions are still unanswered. Many more are yet to arise after watching, when this crazy odyssey creeps back into mind, leaving one to ask if it was all a mere product of delirious imagination. There are many things you can call Butt Boy, but unmemorable is certainly not one of them. 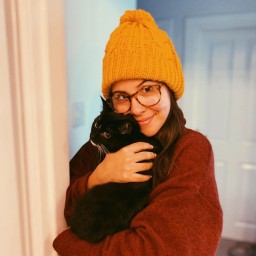 Festival will be back at its Banshee Labyrinth home in October