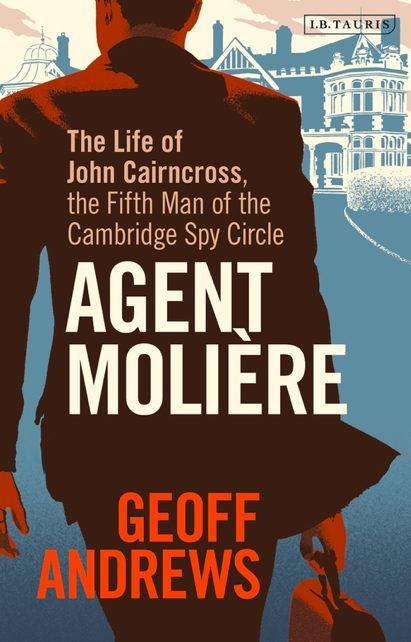 Historian Geoff Andrews lays the life of the fifth man of the Cambridge spies, John Cairncross, bare in this biography.  Born and raised in Scotland before moving to Cambridge for his education, Cairncross was subsequently recruited as a KGB spy. This book charts the life of the lesser known ‘fifth spy’, not as famous as the other four, and whose life continued as a researcher and writer long after his spying days were over.

Andrews successfully draws a number of continuous themes in his storytelling. The first is Cairncross’s love of literature. Throughout his life Cairncross turned to literature. He read, he absorbed ideals and thoughts, he wrote and finally he would document through his reflections. Through his writings and musings, it is possible to get closer to the real man behind the facade. The other is Cairncross’s relationships with people. While he is described as a cold man by many colleagues, he seemed to have cultivated close and fruitful relationships with others. He had quite a few friends for being a spy, most notably Graham Greene. He also had amicable relations with both his wives.

But the book remains distant in examining any motivations that Cairncross has to enter the spy circles or choosing to remain in them. A lot of action seems to have happened by chance rather than deliberate and calculated decisions to go down a certain path. A significant portion of the book details the influences of travelling and living in Europe in his youth and yet, it doesn’t venture into how this affected Cairncross’s life choices. There is enough excitement for anyone, however, in his dealing with the Soviet Union during his time at Bletchley Park.

While this isn’t your average spy thriller, it is extremely well-researched. And somehow, commonplace aspects of it make it more risqué, like a spy could be among us any time, just like this Agent Molière…