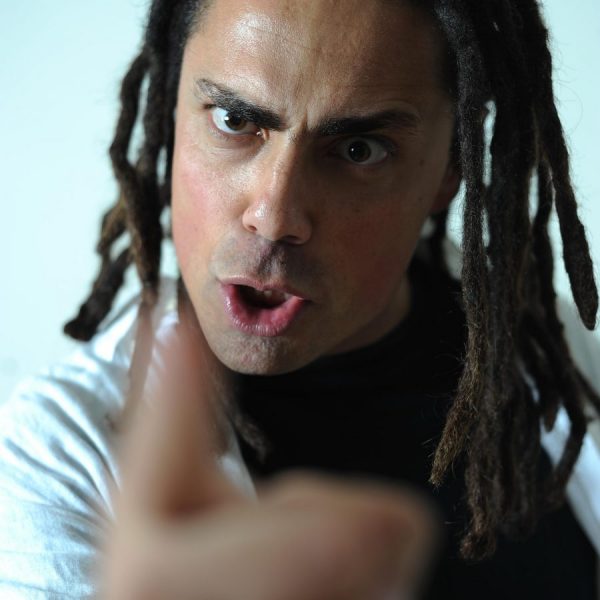 [Rating:3/5] Local humour much in evidence at this familial afternoon at Glasgow's Yesbar

It’s a relaxed, familial atmosphere for the early afternoon comedy here in Yesbar, the independence referendum’s legacy to Glasgow nightlife. The downstairs room is an ideal spot for stand-up, feeling full enough, even with just the 20 or soul souls scattered around cabaret tables, when MC Sandy Woods takes the mic.

We will later learn that this is Woods’ final gig, with no elaboration being given. It might even be an in-joke, because there’s nothing in his warm-up work to suggest a reason for quitting. In his material about paedophile scandals, he has some excellent dark, twisted lines, even if they tend to get lost in an under-confident delivery. What he lacks in polish and exuberance, though, he makes up for with an authentic, open nature and he gets this crowd revved up easily enough. Don’t quit, big man!

Steve Hili, on the other hand, is all presence. The dreaded Maltese – a comment on his hair, not a racist slur – has a more cocksure delivery than Woods, but fewer witty lines. He swats away a poor response to one joke without breaking stride, and he’s not shy of a sexual confession or two. But this oversharing soon leads him into TMI territory. His one-night stand in Basildon borders on gross-out, and he paints a vivid picture of what he does to his wife during England matches, but without the pay-off line to balance the mental image.

Next up is Machete Hettie, direct from the Janey Godley school of females-not-to-be-fucked-with. No need for a mic, nor a stage – she’d be just the same giving it laldy at the bar. Life in her native Dundee or adopted Leith needs little embellishment to be funny. If she isn’t flinging jobby-filled nappies at the debt collectors, she’s having a run-in with local working girl Rita the Meter. She’s now sharper and savager than when last seen by this reviewer playing the back-room of a Leith boozer, and doesn’t bother with anything as mundane as a prepared set – she just stops ranting when her time’s up.

Final act Davy Mitchell is amused by something that he’s not letting us in on when he arrives on stage. But whatever’s tickling his ribs, it doesn’t matter, as he’s soon dishing out comedy of his own. He’s slower-paced than Hettie, but there’s a continuity in the subject matter. Growing up in Muirhouse, he draws from his own hard-up childhood as the eldest of a gang of siblings.

Hili is therefore something of the odd-one-out this afternoon, with Woods (from Paisley), Hettie (Dundee) and Mitchell (Edinburgh), trading in inter-city joshing and local jibes. It might be lost on non-Scots at this “international” comedy festival, but there’s no reason why, certainly in the Yesbar, they should be apologising for that.