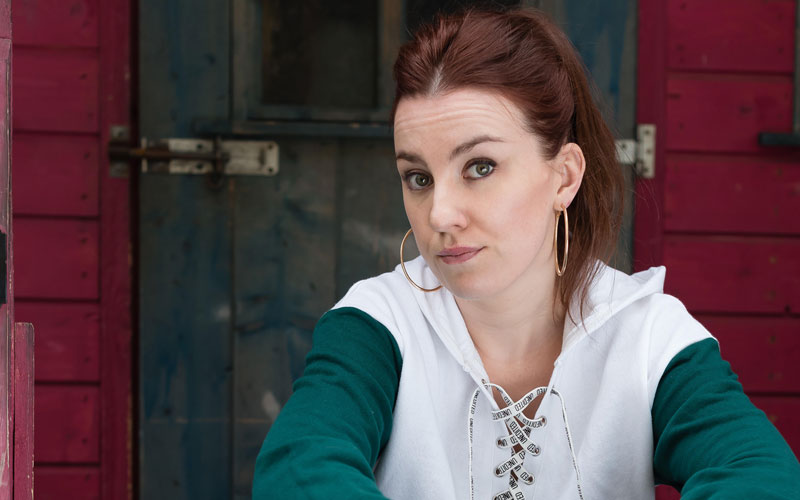 A woman desperately tries - and fails - to keep out of trouble for 24 hours, with amusing and moving results

Fans of German cinema will recall Lola rennt – the iconic 1998 film in which Lola (Franka Potente) must save her boyfriend by obtaining 100,000 Deutschmarks in 20 minutes – with fondness. In Charlie’s a Clepto, we see its equally engrossing mirror image; instead of making money, our protagonist Charlie (Clare Monnelly) is desperately trying to get rid of it.

We are introduced to Charlie in the 24 hours before she is due to appear at a custody hearing for her son. Despite her best efforts to stay out of trouble, it finds its way to her in the form of her “entrepreneurial” (read: lightly criminal) father, who has come to stay with her unexpectedly. When he leaves her house for the streets of Dublin, Charlie realises he has also left a backpack full of suspected drug money with her; the rest of her day is embroiled in a darkly comic quest as she treks across Dublin in search of her dad in a desperate attempt to return his backpack.

Alongside this crusade, a secondary timeline reveals various formative moments in Charlie’s past – an underwhelming 5th birthday, travelling to Manchester to get an abortion that she ultimately decides against, giving birth alone – which give us more context regarding the choices she’s made up to this point. She also regales us with both amusing and upsetting personal anecdotes connected to various places she’s visiting in the present day. Whether getting into fights at the Tesco’s where she works or hiding in the house of a particularly unfriendly neighbour, Charlie’s – and by extension, Monnelly’s – knack for spinning yarns shines through.

Although the tightly structured script can take a great deal of credit for successfully integrating two ambitious and disparate storylines in such a fluid manner, it would be amiss to not acknowledge the excellent cinematography as well. By alternating the framing between close shots for past events and wider shots for the present-day, the show ensures we never lose sight of its relentlessly fast-paced plot.

Charlie’s a Clepto charts a journey which elegantly portrays one woman’s bitter past, while also promising us a more hopeful future. On top of this, it somehow also manages to maintain consistent levity throughout the chaos. A real gem of a show.