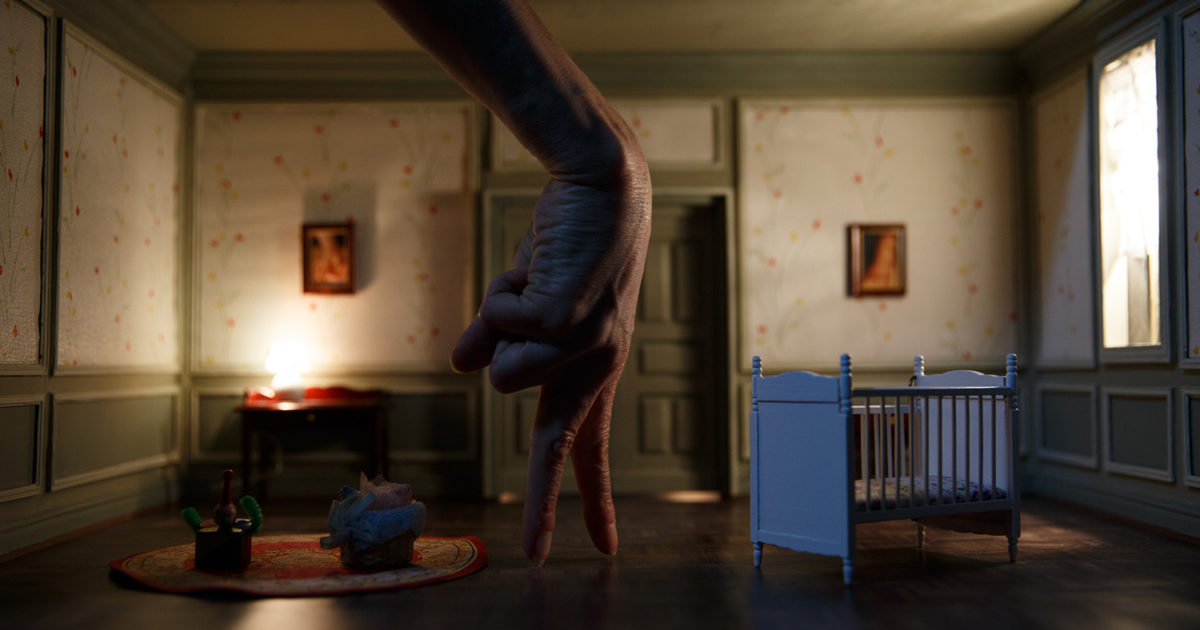 Taking a hand and transforming it into a character filled with personality may seem like an impossible task. Yet with creative costuming and settings, paired with brilliant dance and acting skills, this is achieved by the cast of Cold Blood. From cannibals to astronauts, each character is a clearly defined individual with a fascinating story – with their own way of “walking” and moving.

There are a huge number of set pieces involved, which are seamlessly transitioned between. Ingenious set ups link one piece to another, with the use of live video technology and creative angles showing the audience one dance scene projected onto another in the form of a drive-in movie screen on a miniature set, or even revealing the audience themselves reflected in the background of a tiny opera set.

Smoke, lighting and miniature sets with incredible levels of detailing lend to create a series of worlds that are immersive and captivating. From a rocket blasting into orbit to a car wash created using dusters and a mop, part of the joy of this show is that you can see it coming together and being created on stage.

The narration is beautiful, with constant references to death being poetic and darkly comedic. There is a potent sense of inevitability in the unfolding of violent and strange deaths, which are revealed in a playful and fascinating way. The motif of final images in the dying person’s mind allows for some gorgeous imagery, including a hand immersed in water creating intricate patterns.

This is truly a unique and masterful piece of theatre. Every aspect is painstakingly thought out and dazzlingly well-crafted, from the psychedelic kaleidoscope images to the sensation of a car moving; as a result of carefully timed lighting, it is visually astonishing.

The novelty of hands dancing, walking and driving is kept alive by the increasingly inventive escapades. From zero gravity chambers to pole dancing the cast are constantly outdoing themselves.

Cold Blood is a piece of theatre that encompasses film, complex set pieces, a unique storytelling format and stunning visuals to create a phenomenal show that fully deserves the standing ovation it received.