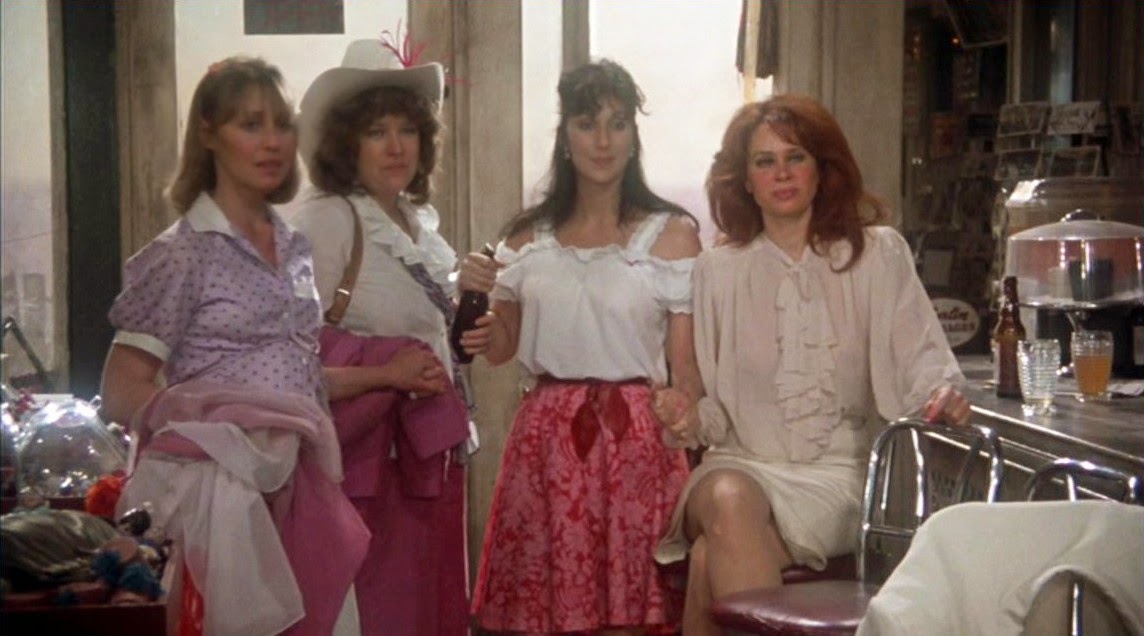 A little gem of a film that’s sad, a tad sentimental but never maudlin

Sincerely, an old pre-pop tune by the McGuire Sisters, is the theme tune for this almost forgotten Altman gem (it was once available as a muddy VHS but it’s been splendidly cleaned up here). But sincerity is not what the characters are all about.

Set in 1975, members of the Disciples of James Dean fan club have agreed to meet up again in a flyblown mom-and-pop Woolworths where they used to hang out as youngsters. But a lot had changed in the 20 years since the causeless rebel’s death in a car crash.

The fans have an extra-special interest in Dean, since their hometown of Marfa, Texas, was where Dean’s posthumously-released movie Giant was filmed and the girls and one boy in the group adored the heartthrob. One of their number Mona (Sandy Dennis) has long insisted that she was chosen as an extra, that she’d slept with Dean on the deserted lot and went on to bear his son. It’s a fantasy. The others pretend to believe her. The girl disciples have grown up – Cher, in her Hollywood debut, plays Sissy, whose pride and joy is her pert bust; Stella Mae (Kathy Bates in an early role) is the loudmouthed gal who’s swapped down-home for the moneyed country club; dim Edna Louise (Marta Heflin) is a wife and mother who works in a beauty salon and Juanita (Sudie Bond) is the put-upon manager of the five-and-dime. But who remembers Joanne (Karen Black) who is cool and chic while the rest remain hicks? When the big, astonishing reveal comes, the other women have very mixed reactions.

The film is based on a stage play and Altman has wisely resisted opening it out. His previous movie Popeye was a rotten tomato of the first order and Come Back is his tentative return. The claustrophobic set, replete with Americana – Coke signs and sneakers and a shrine to Dean – contains the characters, making their disappointments and secret revelations all the more vivid.

Elements of the 1955 story are told in flashback in the store’s soda fountain mirror (something that probably worked better on stage than on film). The movie speaks of lost teenage innocence replaced by midlife misanthropy, but touches on homophobia and child abuse, broken dreams and broken hearts. Still, there are enough funny lines to keep proceedings from becoming overly maudlin.

Sandy Dennis gives a manic, bravura performance and Karen Black is riveting as the mystery guest. All the characters are a little self-deluded, ruined by their long-kept secrets, so when Dennis, Black and Cher sing Sincerely as an ode to friendship, you can’t help but get a lump in the throat.