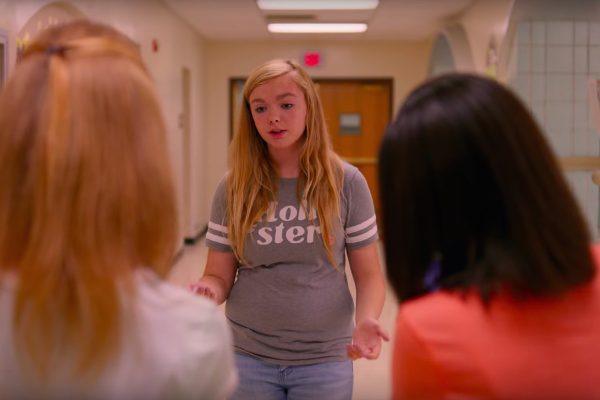 A coming-of-age narrative for new generations

In the eighties, John Hughes was ruler supreme of the comedic coming-of-age drama. In the nineties, we took a shot at (loosely) adapting classic literature or gross-out humour in an attempt to capture teenage angst in middle-class America.

With social media’s talons reaching just around the corner into the Millenium, quite often we now turn to a discovery of ‘self’ at an earlier age for the recent coming-of-age narrative. Starting on YouTube, writer/director Bo Burnham’s directorial debut Eighth Grade has a confident helm. It tackles anxiety, consent and mental health for Generation Z, though you’ll find it communicates wider.

Kayla is your typical 13-year old. She struggles with fitting in, trying to emulate her favourite online stars and spends too much time focusing on how others identify her. Eighth Grade has a simple premise, something it shares with the better coming of age dramas. We’re merely taken on a journey as Kayla moves into high school, encountering social media-anxiety, popularity, mental health and the concerns of consent.

Never has it been easier to identify with an American pre-teen girl, a sentence I thought I would only say once this week. There’s buzz circulating Elsie Fisher, upon watching Eighth Grade there’s little wonder why. Earning her a nomination for best-supporting actress in a musical or comedy at the Golden Globes, Fisher is what makes this film. Wholly natural in performance, she doesn’t allow the melodrama to phase her. Every minor issue in her life we can relate too, and vitally, her response. The searing agony she captures without over-stating the emotion is tremendous.

Capturing authenticity poses a danger to your narrative because reality can be dull. Burnum achieves balance for the most part, though the film finds itself dipping into exaggeration drama than that of a comedy. Which, for the most part, only peaks in the latter half of the film. Any scene with awkward-father of the year Josh Hamilton is where comedy peaks. Hamilton’s performance makes you want to call home and apologise for being a little shit growing up. The chemistry he and Fisher share is heartwarming, the two complimenting the other’s performance.

Owing to his time on YouTube, Burnham has experience in providing an excruciatingly accurate depiction of self-gratification in an image-driven pursuit of identity. From the subtle to the obvious, the film has an aesthetic similar to Hughes but finds its own identity in placing snippets of authenticity alongside basis. As Kayla pushes her viewers to be comfortable with their bodies, we see her own discomforts in the background.

As Burnham’s featural directorial debut, it shows, though not necessarily in a negative way. Sticking to the traditional three-act structure of set-up, conflict and eventual payoff/happy ending, it’s a clean, neat story which doesn’t take too many risks. It adheres closely to the safe territory in places, particularly with one-note love interests and predictable happy-endings. Where Burnham pushes a grittier turn has a significant effect due to its contrast with the mundane nature of life. These sinister turns, while fleeting, work well with Anna Meredith’s deep bass electronic soundtrack.

Burnham’s outing shows great promise for more, as does Fisher’s performance. Where the film plays itself by the books, it’s following the footsteps of game-changers. Where it decides to find its identity, it succeeds. The authenticity of Eighth Grade will ring true for a generation or two. It’s awkward, downright cringy relatability hits close to the bone. It sits as a fitting tribute to coming of age stories from the past, captures excruciatingly accurate depictions of anxiety to captivate us.