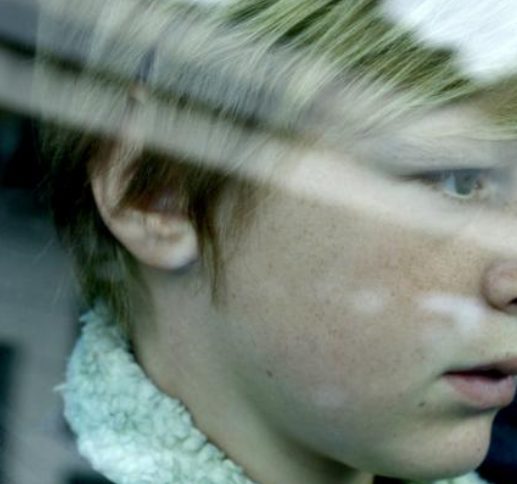 Custody begins in a courtroom with unproven allegations of violent behaviour against Antoine Besson (Denis Ménochet) as a statement by his son, Julien (Thomas Gioria), is read out for all to hear. His wife Miriam (Léa Drucker) remains coldly unreadable throughout this entire scene. On hearing how his children have turned against him, Antoine protests: “I don’t know what they’re told”.

From this opening scene, it seems that both characters are clothed in equal measures of ambiguous villainy. We are unsure who to blame and who to pity. We might expect a predictable saga of manipulation and mutual maltreatment that we have seen in many a family drama. Heartrending, perhaps, but predictable.

However, this is not what Custody delivers. Instead, Xavier Legrand’s debut feature-length film builds into an increasingly uncomfortable thriller, as Antoine solidifies into the abusive father he is accused of being. We are shown how the most ordinary of domestic spaces can be the most terrifying.

The quotidian horror of the van is perhaps the strongest example of this, as the confined space, the constant beeping of the seatbelt alarm and the reckless speed (we are forever held in expectation of a crash) come together to create almost unwatchable tension.

What really makes this film are the unsettlingly dazzling performances, particularly from Gioria, who, at only thirteen years old, gives a heart-breaking portrayal of a suffering child. In addition, Ménochet’s immobile face and looming bulk makes the most mundane human interactions throb with violence. The chilling denouement is another highlight, when the slow ticking horror of the film bursts to the forefront.

In contrast to this tightly-wound tension, the role of the eighteen-year-old sister, Joséphine (Mathilde Auneveux), seems slightly out of sync. One seemingly important thread goes unexamined: her unwanted teenage pregnancy does not leave the cubicle of its discovery, serving more as an accompaniment to the tension rather than a story in itself. She also misses classes, refuses to see her father and enjoys an adolescently passionate relationship with a cringe-worthy boyfriend. One wonders why Legrand chose to include this hint of crisis in a film that already brims with trauma.

Nonetheless, Custody is a surprising thriller that shows the high-octane tragedy which, for some, makes up everyday life.