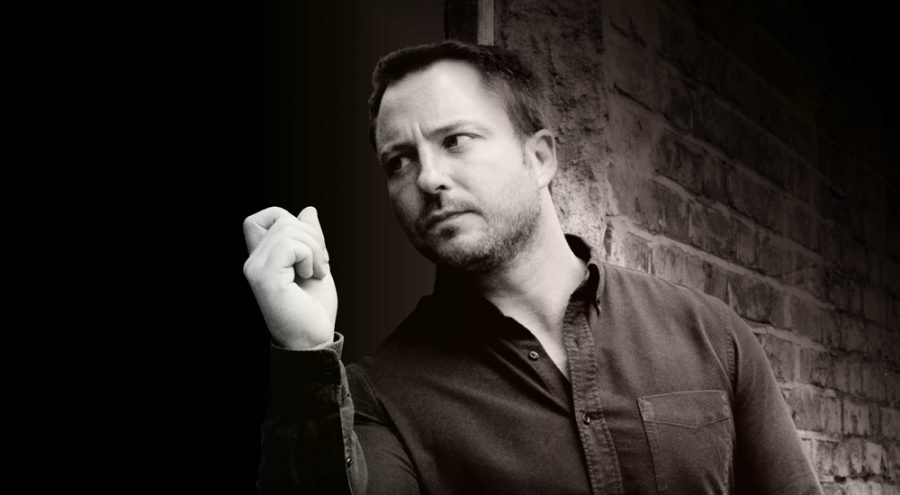 Fiancée and mates let Kingsley down badly, and it shows.

Bleak, but only bleak

When Knock, Knock opens, with a short video segment of a jeweller’s shop, voiced over by an angry sounding ex-girlfriend, and a taunting mate, it piques the interest. This is not how Free Fringe shows start. This looks like it’s had some serious prep work.

And so it has. Kingsley has been touring this from Land’s End to Edinburgh to raise money for Shelter. He’s done it penniless, hasn’t used any money or public transport, and has told jokes for food and a roof over his head. In so doing, he’s raised nearly £20,000 for charity.

It’s underwhelming then when he takes to the stage and drops into some bog standard audience banter. What was the video build-up about? Eventually, he tells us. At the age of 38, last year, he moved out of the house he shared with his fiancée, who kept the ring, back to his supportive parents. His mates, secure middle-class types, have been pricks about it. Knowing how close he came to homelessness provoked him into his charity exploits, and for that, he is only to be applauded.

Charity aside, his situation is a standard life shitty-stick for a comedian to turn around for comic advantage. Kingsley’s a sincere bloke, and there’s goodwill towards him in the room, but this afternoon, the audience aren’t really responding to the humour, they’re lending a sympathetic ear. For extended periods, Knock, Knock seems more about getting things off his chest than fully seeking to entertain. We even see some old family snaps – great for scene-setting and painting a picture of Kingsley’s life, but not killer material. Ditto for some of the other background information we’re given, such as how his ex’s engagement ring came from Hatton Garden. Interesting, but the gags it supports aren’t big enough.

It also seems torn between showing what a prick his mates are, which at points is funny – as with a piss-takey mock-sympathetic email one of them sent him after his break up – and paying tribute to his Dad, which sounds very deserved, but doesn’t make good comedy. It would of course be possible to combine both, but not in the way Kingsley has done here.

It’s bleak, Kingsley admits that, but it’s just bleak. He looks broken by circumstance, beyond what is required for the performance. Maybe the long journey has taken a lot out of him, or the barbs his “mates” have flung at him about giving up his career to pursue comedy are actually beginning to bite, but it’s not the scathing takedown of nobhead mates and heartless girlfriends it promises to be after that opening sequence.