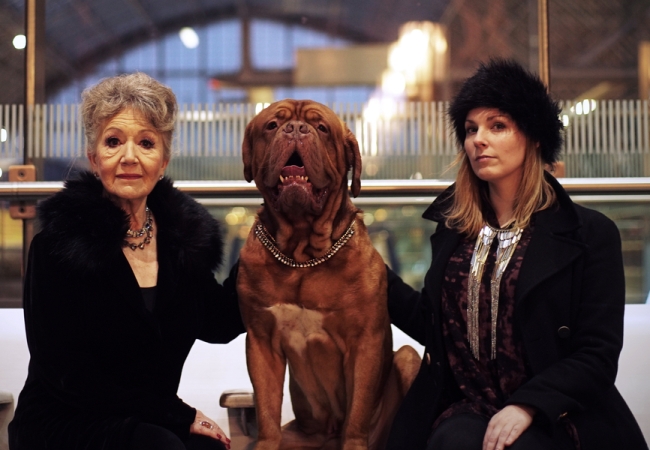 A remarkable tale of two elderly sisters let down by an exhausting plot.

[Tina Gray] a joy to watch

In Poorboy’s provocatively-named play Damned Rebel Bitches, a small yet intimate cast of talented actors tell the story of Ella, a remarkable elderly woman who refuses to let her age get the best of her. A play that spans over 70 years, as Ella faces head-on one disaster after another, Damned Rebel Bitches will leave you wanting to lie down afterwards.

Thomson’s original play jumps back and forth between Ella’s present and past; one minute back in Glasgow during the Clydeside Blitz, and another in New York in 2012, searching for her grandson as Hurricane Sandy makes its way up the East Coast. These time jumps can come thick and fast, and to avoid confusion Thomson has the cast narrate the events onstage. Not only is this helpful to the audience, it also allows us to learn more about Pete, Ella’s late husband. Geoffrey Pounsett’s charm as he talks about Ella and their life together makes you lament his absence in the present day.

That said, the star of the show is undoubtedly Tina Gray as Ella. Gray has a youthfulness about her that makes her scenes as a young nine-year-old Ella both convincing and endearing. The cheeky young lassie belted for swearing in class remains ever present in the older Ella, as Gray effectively preserves young Ella’s playfulness and pluck. This tech-savvy granny is a joy to watch, and she has the audience laughing throughout.

Despite the connection these talented actors share, it is Thomson’s plot that lets them down. In her directorial note, Thomson details the various aims she had in writing Damned Rebel Bitches: her desire to bring empowered old women to the fore, to tackle immigration (both then and now), and then include her own experience of Hurricane Sandy. Already a huge feat for one play, Thomson’s takes it one step further in her attempt to add depth to those alongside Ella. Through Pete and Ella’s older sister Irene, we see how some people are unable to escape the horrors of the past, as they are plagued by visions of the war. While it is admirable for Thomson to address the effects of trauma, these scenes do not feel appropriate within the main plot, often leaving us questioning their significance.

This is where Damned Rebel Bitches falls short: it tries to do too much. Well-conceived elements within the play often fail to add anything worthwhile and eventually wear on both the actors and audience.

Thomson’s success lies in the wonderful characters and relationships she has created. Like the “damned rebel bitches” of the Jacobite uprising, Ella and Irene prove that age is just a number. Unfortunately, that doesn’t stop Thomson expecting too much from them.