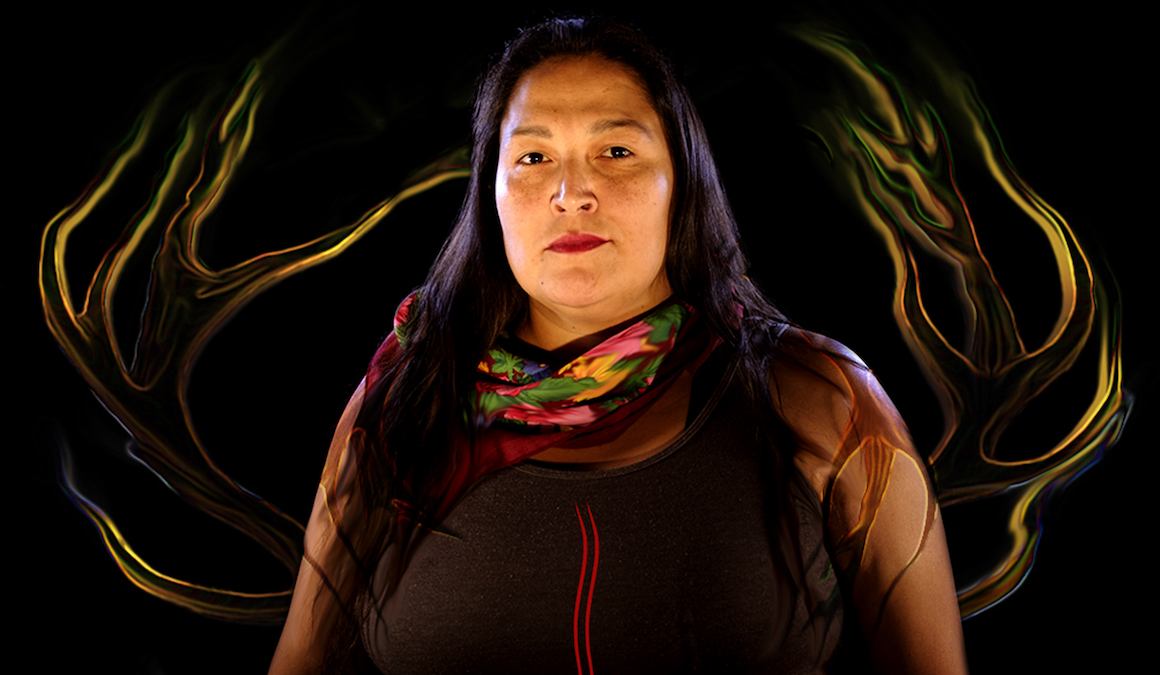 Brutishly honest, Tara Beagan’s text makes no excuses for violence or touchy subject matters. Why should it? With estimations of Indigenous women missing or murdered in Canada drastically leaping by 50% due to an error of someone not counting, or even paying attention, there’s a reason for Deer Woman to be aggressive.

Particularly this year, the Fringe is not congratulating audiences on understanding the plight of those with whom they don’t identify, but instead asking them to look into the bleeding guts of the atrocities they’ve had a hand in enabling. Deer Woman lays flesh bare, carving its story into the membrane and bones it exposes, holding you into not looking away. Far from the most gruesome, discomfort lies in the words spoken, the realities all too familiar and insinuations of a torrent of vengeance.

Recording her confession, Lyla (Cherish Violet Blood), an ex-army woman, goes into the wilderness after witnessing the fading out of her people and sexual abuse. Once acting as her sister’s shield, Lyla slowly unhinges, as a natural, visceral wildness takes hold.

In passing reference, a twist in the Native American spirit of the Deer Woman, a being of fertility and love, is warped by Lila’s self-admission of being unable to have children. Her warmth frozen by the acts of callous men, abusing her culture and younger sister.

The production choices are the weakness and in truth, its only flaw. Andy Moro’s direction of the backdrop video segments divides our attention away from on-stage presence. Serving a visual style, it becomes overbearing, trying to outweigh the script or performance.

When shields break, often a sword, or a knife, lays behind to finish the job. Deer Woman is a twist in Native folklore, evolving into a monstrous creature to match the beasts of colonialism and misogynistic power-play.