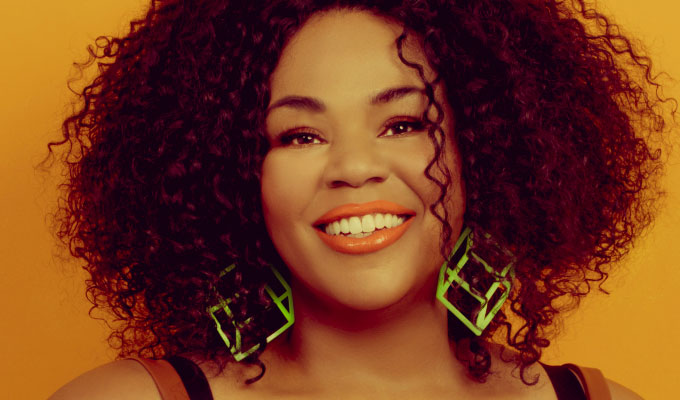 Novel and well crafted show from charismatic and compelling performer

In this era of post-truth politics, Desiree Burch is keen for us to ensure we distinguish between what is fact and what is a story. Her show at The Hive, Desiree’s Coming Early!, directed by Sarah Chew, contains a little from column A and a little from column B. Burch’s unquestionable skill in comedic storytelling is put to good use, as is her knowledge of history and her capacity for incisive and insightful political commentary. She’s careful to emphasise which bits of her set are true and which have been embellished for effect.

The blending of reality and fantasy are appropriate for a show that centres around a first person narrative about a particularly strong acid trip at Burning Man. This premise is also an unlikely but surprisingly effective springboard for Burch to discuss topics like racism, eugenics, gender issues, casual orientalism and celebrities’ sexual misconduct. The underlying implication seems to be that the nonsensical, repetitive loops and surreal tangents of a psychedelic episode make it an appropriate metaphor for the experience of being a black woman negotiating today’s complex social and political landscape. There’s also a lot of chat about willies.

Burch’s delivery is dizzyingly animated, and the level of energy she maintains throughout is almost anxiety-inducingly high. While you might feel out of breath yourself just watching her, there’s no denying she’s a deeply compelling performer and the one hour runtime whizzes by without encountering anything vaguely resembling a lull.

Burch’s overall aim is not to inspire outrage, but hope for change. The denouement is heart-warming and optimistic, offering alternative perspectives on some of the seemingly insurmountable issues Burch has touched on throughout. This again seems thematically appropriate for a show ostensibly about a mind-expanding experience at a festival.

While the disparate threads here do not always weave together entirely seamlessly, perfection is not too far off. This is a novel and cleverly-crafted hour of comedy by a ferociously intelligent and charismatic performer.