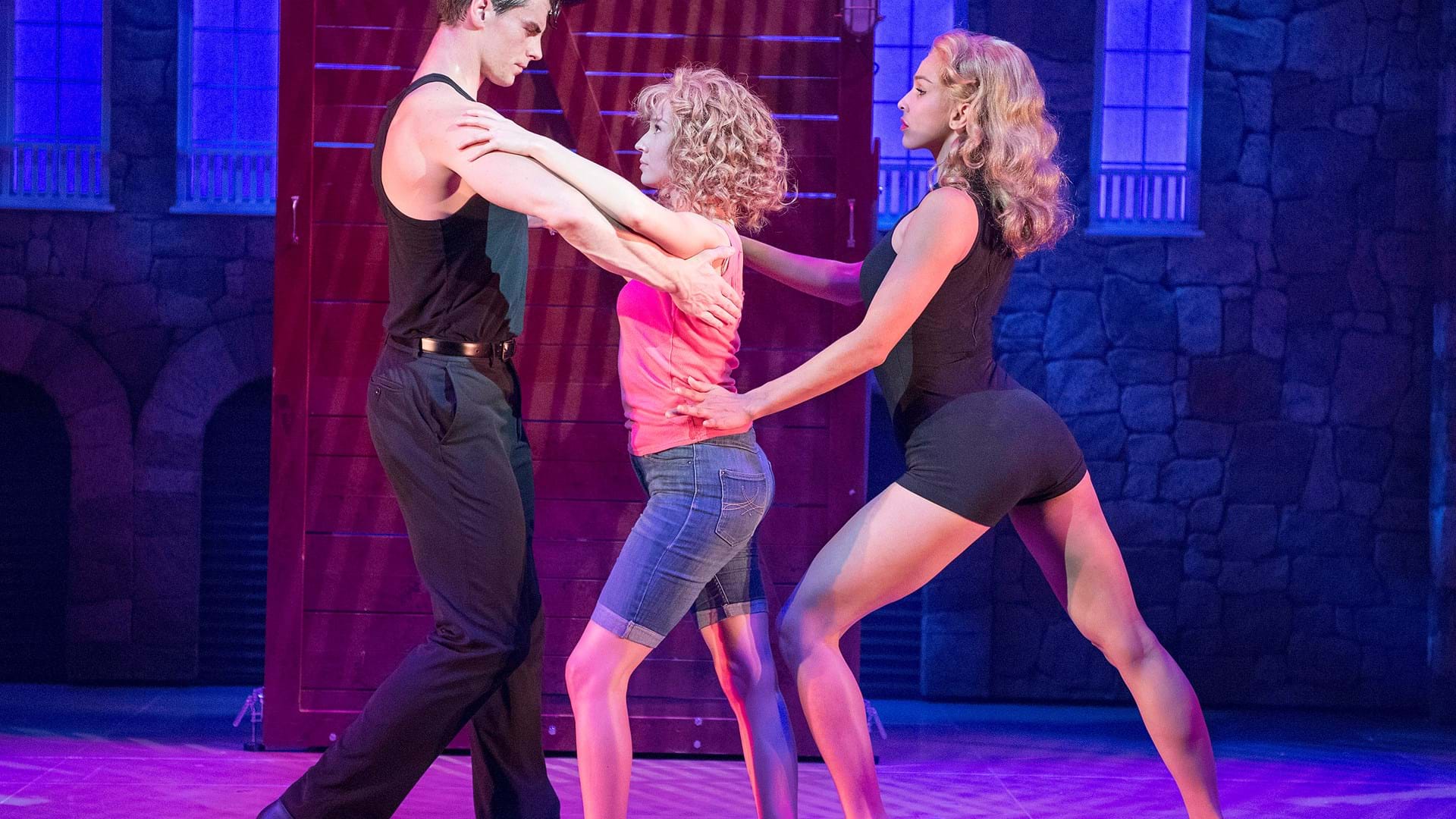 An immensely enjoyable retelling of a beloved movie.

While Dirty Dancing shares many characteristics with the new generation of so-called juke box musicals, the marketing for the show is careful never to use the M word in its publicity. With its revolving set, pacy direction, fluid scene changes, and live onstage band, it is certainly a close cousin of musical theatre, but the crucial difference is that the show’s main characters – Michael O’Reilly‘s Johnny Castle, and Kira Malou‘s Baby – never sing. Instead, the production is marketed as “The classic story on stage” – the story in question being the hit 1987 film of the same name and, indeed, the same writer (Eleanor Bergstein). While some of the characters, and all of the band, do in fact sing frequently, providing a toe-tapping, period-evoking soundtrack to the show, the production team have wisely understood that it is a soundtrack, and have kept the drama and the dancing front and centre.

It is 1963 and Frances “Baby” Houseman is on holiday with her parents and sister at Kellerman’s all-American summer holiday resort in the Catskills. There, she encounters society in microcosm, and is immediately drawn to the glamorous and exciting off-limits world of the hired entertainers – led by talented young dancers, Johnny and Penny. It isn’t long before Baby, with her seemingly indefatigable “save the world” spirit, finds herself helping the pair out of a sticky spot by taking Penny’s place as Johnny’s dance partner in a show. While the set and lighting design are very effective all round, it is here they come into full effect, cleverly combining physical set pieces with projection and lighting to recreate the famous montage of scenes in the movie during which Johnny teaches Baby to dance. The moment in the rain when they balance together on an upended tree trunk is spectacular, transporting the audience along with the pair into an almost magical world they have created.

Dirty Dancing is a show which, despite the hard work of its talented ensemble, stands or falls on the casting – and chemistry – of its central pair. Happily, O’Reilly and Malou fit their respective roles perfectly, and fit with each other even more. The chemistry builds slowly as the characters get to know each other, and Baby starts to break down Johnny’s self-protecting walls; yet, from the moment he tells her, in his gruffly curt way, that she “did good tonight,” the walls topple and their mutual chemistry ramps up to boiling point and stays there. They are a joy to watch together, whether they are dancing or romancing, and while the plots and sub-plots of the show are not complex or world-changing, this talented company delivers an immensely enjoyable night out that does what it says on the tin. It is the classic story on the stage, in so much as it is like stepping right into the movie for a couple of hours and living and breathing it right along with them.

Johnny remarks early on in the dance lessons that, “There’s a lift, but we’ll get to that later.” Get to it, they do, and tick all the boxes along the way, from Baby’s adventures with a watermelon, to her sister Lisa’s unwittingly comedic hula song (exceptionally performed by Lizzie Ottley), via Penny’s dark encounter with a less-than-savoury doctor, the pink dress, and – of course – the most famous line of all about not putting Baby in a corner. It’s not without its minor flaws (the music and mics are too loud at times, and there is a possibly unintentionally hilarious moment in the montage), but it’s all there, it’s all live, and if you love the movie, then that’s as good a barometer as any of whether you’ll love the show. The Festival Theatre audience certainly did.