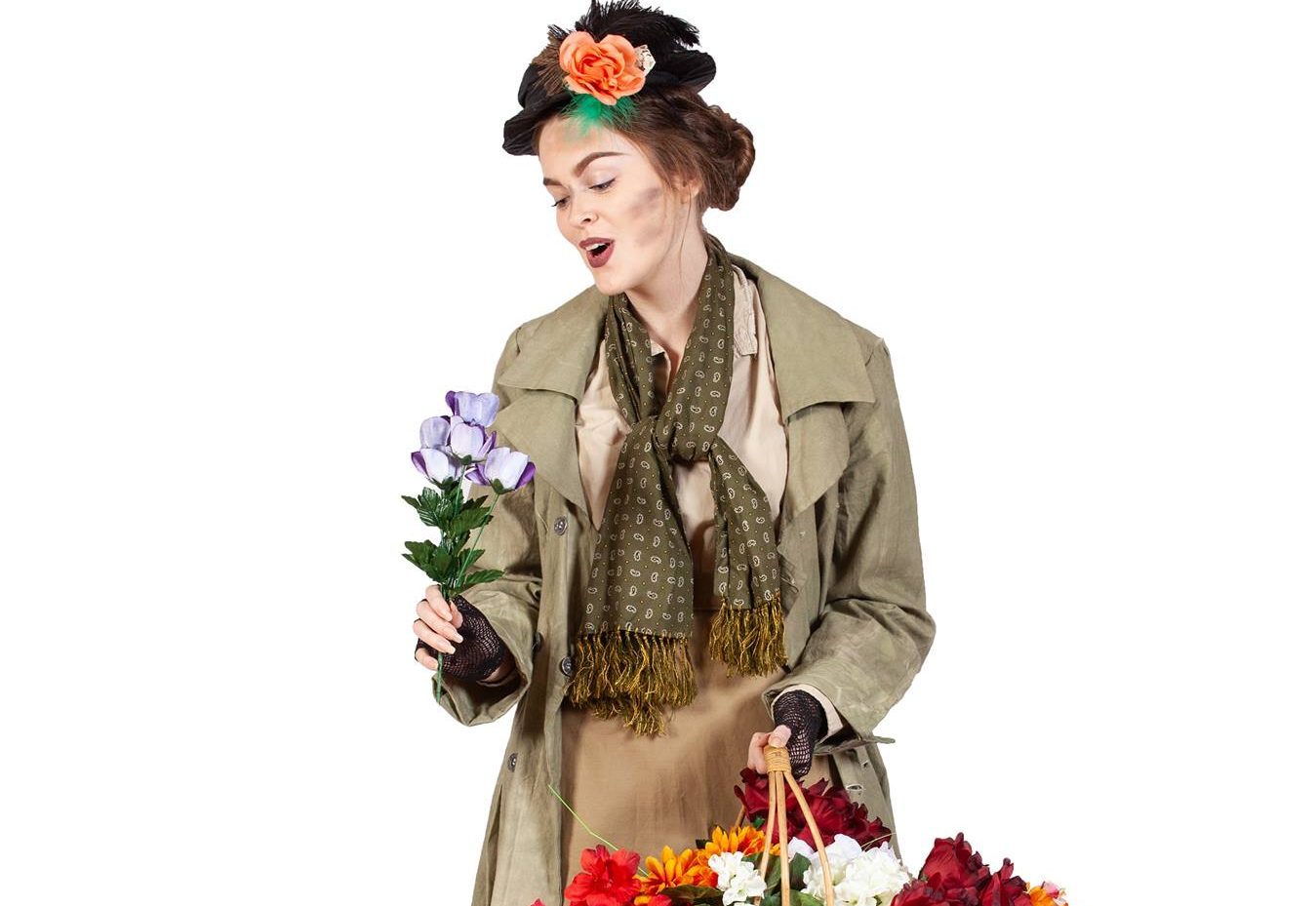 Southern Light Opera Company put on a dazzling show with their production of My Fair Lady. Bringing to stage George B. Shaw‘s classic, most recognisable play, Pigmalion, is no mean feat, and this amateur troupe shine in this beautifully executed musical. The musical production is polished, professional, and thoroughly enjoyable.

The plot is well-known: a Colonel and a Professor enter into a wager to turn a cockney flower girl into a well-spoken member of genteel society. This is a project to the Professor, to impart to Eliza, “the divine gift of speech”.  An exercise to pass Eliza off as a princess at the Embassy Ball follows – where not only is she well-spoken, but also well-mannered as a classic Victorian lady. The tension lies in reconciling the ‘guttersnipe’ who wants to become ‘a lady in a flower shop’ and ‘a confirmed bachelor.’ Rebekah Lansley plays Eliza, and she has the balance just right. From her high-pitched howls at the start to her transformation into a lady, Lansley holds her own. She’s also got a mesmerising voice. John Bruce and Alan Hunter play a very convincing Professor Higgins and Colonel Pickering respectively, and their camaraderie is unmissable.

The overall production’s flair lies in the large crowd that gathers at the society parties, the Ascot races, and the Embassy Ball. The costumes are flashy, the dancing flamboyant, and the songs are excellent. In particular, “Take Me to Church on Time” led by Eliza’s father, Alfie Doolittle, is a pleasure to watch. The set design is noteworthy too, and larger than life paintings of scenes form stunning backdrops to the action.

The entire experience is held well, peppered by the song and dance numbers. But the production is structured front-heavy, with intermission not until the first 90 minutes are through. This is as much a result of the storyline and needing to find an appropriate time to break. However, it does make the last couple of songs at the end of first half a tad tedious.

Despite that, Southern Light have a great production on stage, and no matter how audiences remember the appeal of Pygmalion’s enduring story, they will not be disappointed!