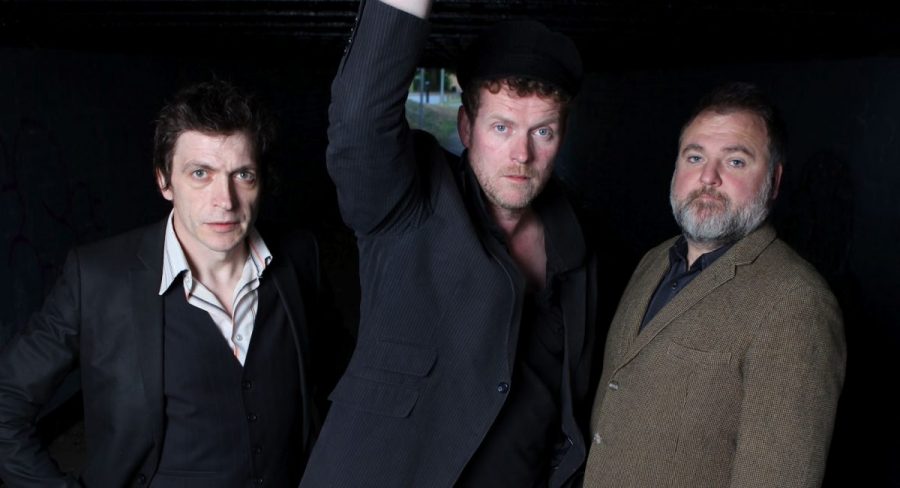 The response on social media when The Wee Review mentioned reviewing here tonight suggests Dodgy are remembered more warmly than the size of venue might imply. Here on the ground there’s much love too. One bunch of fans have come from Dumfries for the evening especially.

And why not? Dodgy always seemed like decent coves – good time charlies who had a way with a melody. They weren’t in the Britpop Premier League, but they were the Championship side whose results you’d look out for. That likeability didn’t go anywhere in their decade-long hiatus, either. They might look a bit more wizened and brooding – the peroxide has thankfully been shown the door – but they’ve lost nothing musically.

Singer Nigel Clark and drummer Mathew Priest have a good cop / bad cop thing going on from the get go. ‘Where’s that 80s throwback c**t?’ asks Priest of the support band stick man who’s messed up his kit. ‘He doesn’t mean it,’ says the amiable Clark. He bloody does. And a quick chat at the bar confirms he’s right – support guy hadn’t put the kit back how he found it. It’s all in good spirit though, part of the matey, none-too-serious vibe. Guitarist Andy Miller is even late for his own gig, prompting some improvised jamming as the others summon their missing bandmate. Where is he? It doesn’t need saying – he’s getting a pint.

New album opener You Give Drugs A Bad Name kicks things off, recalling a mid-period Oasis wig-out like Fuckin’ In The Bushes. It’s not long ’til they whip the hits out though, with Good Enough soon out of the traps. “Shot our load too early” quips Priest, knowing they’ve actually plenty still in the tank.

In A Room still rocks, and If You’re Thinking Of Me proves a sweeping closer to the main set. The new material measures up as well. The thumbs-in-braces strut of California Gold is the Dodgy song you can line dance to, and What Are We Fighting For might score low on audience recognition, but rounds things off nicely as an encore. All that’s missing is one of their album track epics – Grassman or One Of Those Rivers – to really set the seal on the evening.

“There’s a lot of wankers in England,” admits Clark, while urging Scotland not to fuck it up [an independence referendum] a second time. Someone buys him a Magners. He swigs and plonks it among the Scrumpy Jack’s he’s been drinking. They could be sat round our front room for all the lack of pretentiousness. Never up themselves, just happy to crack out the tunes, Dodgy will always find a welcome here. No-one leaves disappointed with their Thursday night.