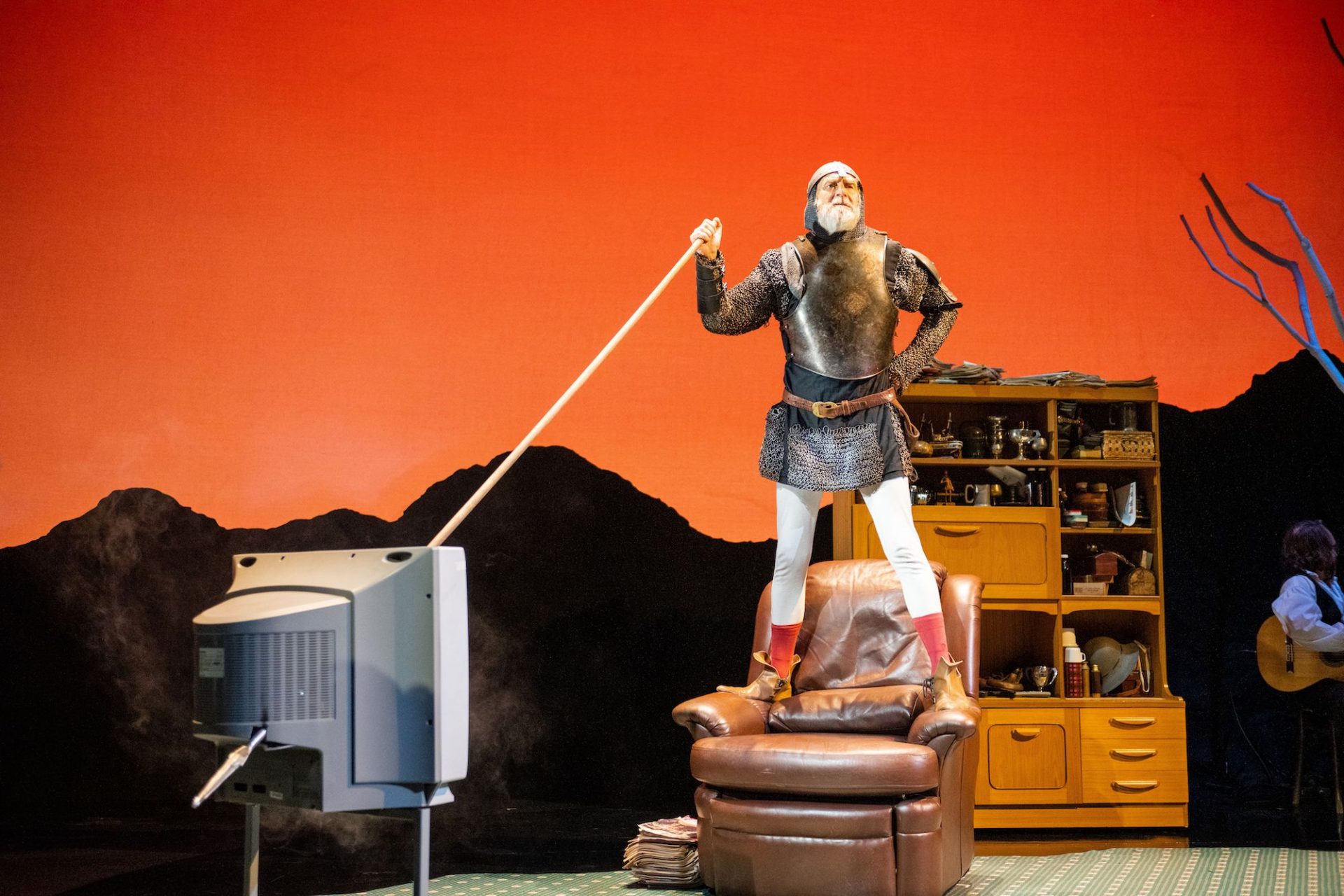 Don Quixote – Man of Clackmannanshire is a blisteringly funny and utterly original take on heroism, ageing, and family. From the play’s outset, it is a witty, riveting watch that is both brilliantly written and excellently performed.

The entire cast work seamlessly to weave a world of unique characters. From care workers to disgruntled shop employees, Nicole Sawyer, Emily Winter, and Irene MacDougall deliver their various roles with energy, charisma, and depth, keeping the play constantly exciting. Their timing and comedic delivery is impeccable and they navigate the quirky roles with finesse and great skill.

Young and Sean Connor are fantastic as a dubiously heroic great uncle and his sweet, underachieving great nephew. From the moment Connor bursts onstage, delivering a breathless and hilarious saga of being beaten up for baked goods, he is instantly enthralling. He manages to perfectly navigate the character’s emotional peaks and stays constantly hilarious and believable throughout. Some of Connor’s best moments are when he’s bouncing off Young, with their rapid fire back and forth about assisted suicide, squiring, and battling windmills acting as a masterclass of comedy. Young himself delivers a moving, complex portrayal of an elderly man who craves adventure. He fully embodies the character and is startlingly realistic and sympathetic. In every moment on stage he draws the eyes and laughter of the audience and delivers a truly memorable performance.

The writing and story of Don Quixote is wonderfully conceived and executed on stage. Cutting satirical wit and physical comedy abound. It balances a range of important and fascinating topics, portraying them in a way that is captivating and thought-provoking.

As a backdrop to the action onstage, the flamenco guitar and music – composed and performed live onstage by musicians Paddy Anderson and Pablo Dominguez – creates a sense of drama and is a fantastic accompaniment to the performances of the actors. The music is a vital part of the story, showing the moods of the characters, heightening the emotion, and acting as a constant reminder of the heroic, classical elements of the play.

Don Quixote is an exciting, hilarious, and complex play that is brought to life by a fantastic cast. It is a memorable moving piece of theatre that captures a number of relevant subjects in startling, fascinating clarity.