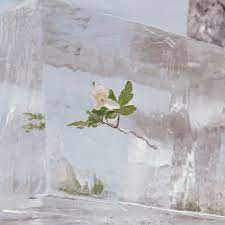 by
Lorna Irvine
7 October 2021
The Danish trio of Casper Clausen, Mads Brauer and Rasmus Stolberg have been making music as Efterklang so long now that they’re recognised as one of the finest European bands of the last twenty years. Windflowers is business as usual, then. Those who love their ambient pop will find much to warm to; everyone else will shrug and go about their day.
It’s steeped in 80s nostalgia, with one foot dipped in the romantic erudition, and the other, more experimental waters. But in general, it’s just all so nice and inoffensive that it’s hard to emotionally invest in it all.
So while tracks like Alien Arms and Beautiful Eclipse recall the dewy- eyed synth pop of The Blue Nile and early Prefab Sprout, Mindless Center veers towards the Ibiza sunrises of The Beloved, with Clausen coming on vocally like a dead ringer for Jon Marsh.
Abent Sar, which features The Field guesting, strives for, as the band describe it, “an ambient banger”, but it’s a little toothless.
Happily there are two standout tracks to elevate things, both of which fall on the more experimental side. Hold Me Close When You Can is a simple lullaby, shimmering like Sigur Ros at their most emotive, while Living Other Lives has more punch – dancefloor dream pop which feels euphoric, hypnotic and sticky.
Hopefully, the latter will point to a new direction for the band. It’s an unexpected, welcome twist in an album which often plays it too safe.