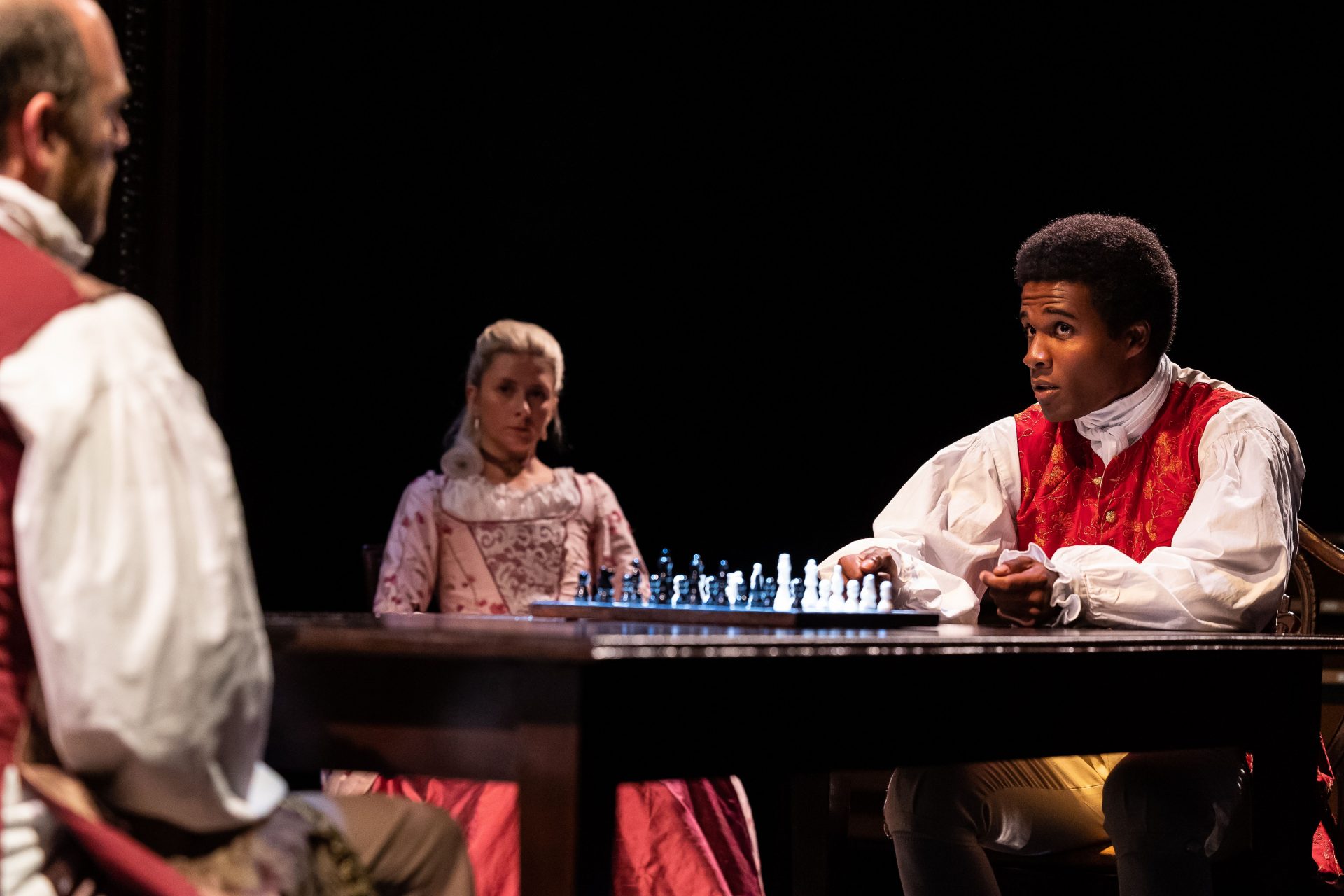 Joseph Knight was bought by Sir John Wedderburn as a child in Jamaica, and on Wedderburn’s return to Scotland, he continued to serve as his slave into adulthood. May Sumbwanyambe’s new play, Enough Of Him, tells the extraordinary story of how Wedderburn and Knight ultimately parted company. In 1778, Knight was the first Black man to win his right to freedom in an Edinburgh court of law.

It’s a thrilling enough story without embellishments, yet Sumbwanyambe seizes the opportunity to explore the balance of power between the ruler and the ruled, between genders, and between this Afro-Caribbean man and the Scottish household he lived in. Alongside the slaveowner’s growing fascination with his politely spoken slave, Wedderburn’s wife (Rachael-Rose McLaren) wrings her hands over her husband’s lack of interest in her. Meanwhile, Knight’s attention is only diverted from his beloved books by the pert charms of fellow servant, Annie (Catriona Faint).

Sumbwanyambe’s script is taut and chilling, unflinchingly depicting the relentless, casual, devastating racism (and unapologetic sexism) that characterised many colonial attitudes. Director Orla O’Loughlin exercises an elegant restraint, whisking us from scene to claustrophobic scene without a pause for breath – refusing to allow the audience to shrug off responsibility for our history. Fred Meller’s set, Emma Jones‘s lights and Ingrid Mackinnon’s movement direction make the production simmer with menace. This is a play that benefits from close attention. Lighting and sound effectively convey changes in time and location but learning a little more about the story subsequently helps make sense of some of it.

Omar Austin as Knight is the very model of the perfect manservant, elegant in his stoical silence amidst ongoing abuse – making his final rebellion all the more satisfying. McLaren is haughtily despicable in her disdain for Knight, but as her relationship with her husband cracks, her own plight is brutally exposed. Matthew Pidgeon as Wedderburn is magnificently awful, beguiling but relentlessly unforgiving when his hypocrisy is exposed. And Faint is a ray of sunshine amidst the seething resentment, though even her happy ending is tarnished by the rotten underbelly on which the empire was built.

Like a Russian doll, this new production from the National Theatre of Scotland contains layer upon layer of rank injustice, nestling in a tidy 80-minute package. It’s a fascinating piece of history and a gripping production of a cracking play. Hot on the heels of Rona Munro’s latest addition to her James Plays series, Sumbwanyambe has plans to write further Scottish history plays featuring other people of Afro-Caribbean descent. We can’t wait.