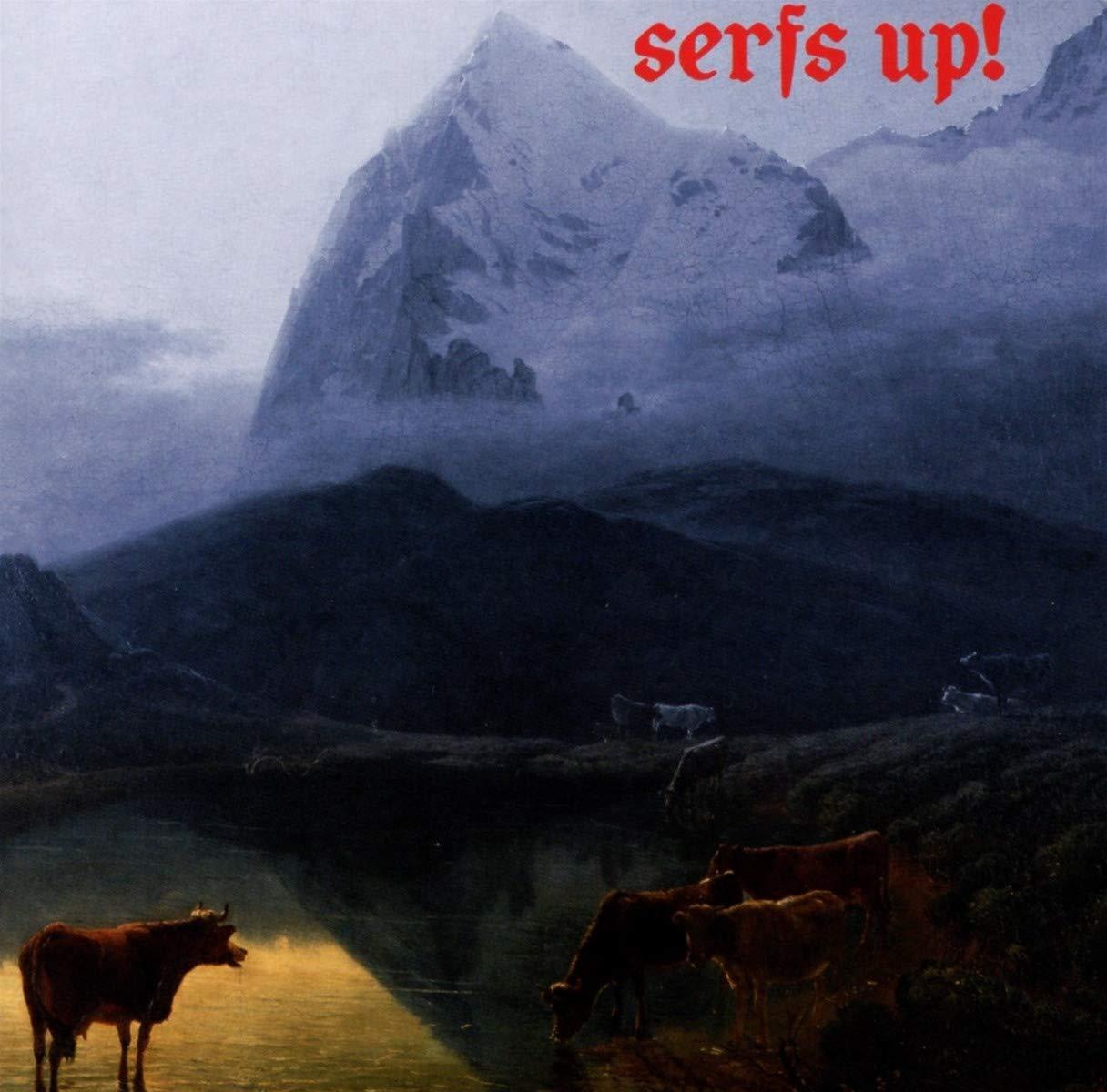 Fat White Family‘s transformation from creepy garage rock lounge lizards into creepy electroclash lounge lizards was unexpected but, as it turns out, pretty effective. When a band whose weapons of choice have been guitar, bass, drums start softening things up with electro-pop, it’s normally a sign the ideas have dried up. Quite the opposite with the Fat Whites. It might be the making of them.

In spirit, Serf’s Up is the same old Fat White Family. The band that once asked “is it raining in your mouth?” and celebrated “tight black skin in the baggy leather” once again cock a snook to contemporary social mores, not least with references to sand-n****rs (a callback to a previous controversy perhaps?), lyrics like “Bobby’s boyfriend is a prostitute” and titles like Vagina Dentata. Best set your PC alarms to snooze for the duration.

But musically new things are going on. They’re prowling sleazily around the usual neighbourhood, but they’ve had a wash and brush up and a scoosh from an aftershave sampler as they were passing Boots. Things smell fresher round here these days and the band’s seediness is more approachable. Vagina Dentata is a summer R’n’B ballad of a very weird sort, a badly warped George Benson. Kim’s Sunsets kinda mooches along thinking itself sexier than it is, like the guy off the Southern Comfort ad. Rock Fishes employs cod reggae for a lighters-aloft slowie.

On Oh Sebastian they appear to be pitching unironically for a Somewhere Over The Rainbow vibe with the opening strings, until the game is given away with the sardonic lyrics: “Is there anything more inspiring than a menial job and the pittance it brings?” Moments of the album might almost pass as pop if it weren’t for the flat anti-vocals. Oh Sebastian and Rock Fishes even come with limp, couldn’t-really-be-arsed Beatlesy semi-climaxes.

They haven’t gone totally soft though. Fringe Runner‘s 80s bassline and orchestral burst synths are more muscular. Ditto the neo-glam single Tastes Good With The Money, prefaced here with cod-Gregorian Chant. Baxter Dury makes an appearance on the latter, doing the kind of spoken word turn his old man was good at back in the day.

It’s an album of the old school – ten tracks, ordered with purpose. Things seem to have reached a finale with When I Leave‘s slow space-rock outro, only to be supplemented with a jaunty little closer, Bobby’s Boyfriend, this album’s Married With Children, or Her Majesty.

Don’t expect it to win them a huge new audience, but Serfs Up is the Fat Whites’ most expansive and fully realised work to date, as well as album title of the year.