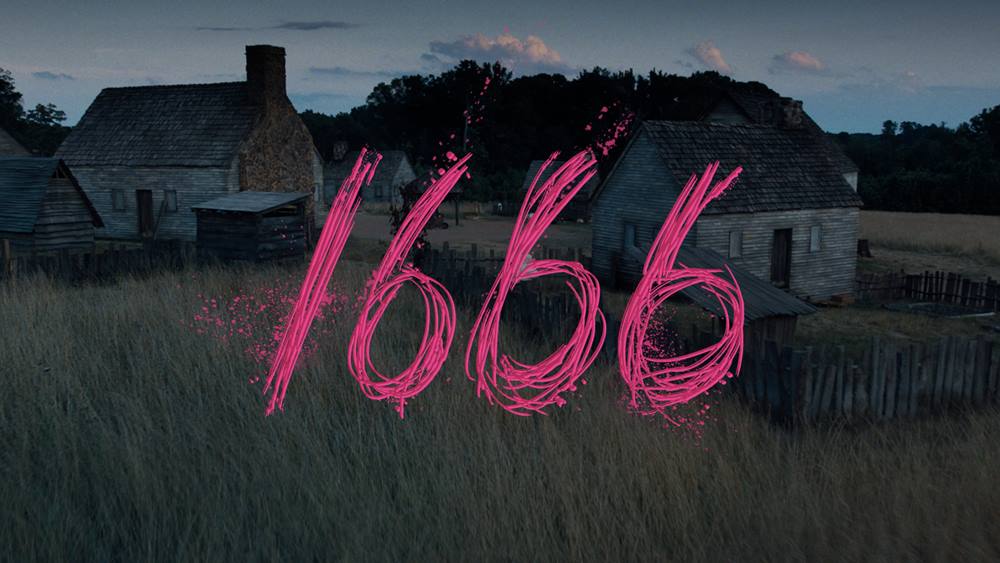 Tasked with wrapping up the Fear Street trilogy’s overarching plot and also delve into the events surrounding one of the series’ most pivotal moments, Fear Street: Part Three – 1666 has a lot riding on its shoulders. It’s a difficult balance to maintain, and one that it doesn’t necessarily do as fluidly as it might like, chiefly being a film of two (arguably incongruous) halves.

After finally reuniting Sarah Fier’s missing hand with the rest of her remains at the end of Part Two – 1978, Deena is shown a flashback to the circumstances leading up to the witch’s execution by her puritan neighbours and the eventual curse she places upon the town of Shadyside from Sarah’s own perspective. At the same time, she readies herself to finally confront the forces of evil that haunt the town in an attempt to free her girlfriend from possession.

On the whole, 1666 manages to show audiences the true story behind the curse on Shadyside relatively well, and nicely ties the events of the past two films together. It’s a smart move by director Leigh Janiak to have cast members from the previous films appear as their ancestors or in roles vaguely analogous with their previous ones. However, this is not without its setbacks, as not every member of the ensemble is comfortable delivering the requisite accents. This leads to an assortment of Irish and Northern English accents – including some that are even a medley of the two – and a number of instances where the actors slip back into American ones. For the most part, though, this isn’t too distracting.

Janiak leans heavily on Arthur Miller’s The Crucible to establish a feeling of a town on edge, as well as more recent horror films like The Witch to build a sense of dread, and the setting plays into that well. The older setting also finally allows Marco Beltrami’s score to take precedence without playing second-fiddle to an over-abundance of music shoe-horned in to remind the audience of the time period, which was an issue that had plagued the previous two instalments. There are moments where dialogue is difficult to hear over the soundtrack, though, so having subtitles on is recommended.

Sadly, while Janiak has proven she can handle slasher horror relatively well, she doesn’t quite have the panache for the slower pace required here. 1666 rushes through its story beats so that it can throw itself forward to conclude the trilogy as a whole. This ultimately serves to the film’s detriment as it is unable to spend enough time really building the necessary sense of paranoia and dread that it strives for and that the films it draws inspiration from do so successfully. As a result, for a long time, this is a horror film with next to no actual horror.

It’s worth noting that, in the 114-minute film, the return to 1994 occurs just over an hour in. Without spoiling too much, the rest of the film, titled 1994: Part Two, serves as the final confrontation between Deena, her brother Josh, adult Ziggy from 1978, and a surprise fourth team member, and the killers from Shadyside’s past and their puppet master. This half of the film certainly feels more like an elongated third act, but without the anticipation one would normally expect to build up. Indeed, it feels more like the closing moments of a Marvel movie than anything else.

It’s a shame that this ending must come at the cost of the first half. That’s not to say the second half is bad; it does pay off several factors from the previous films quite nicely and the twist is actually a half-decent (albeit unsurprising) one. It’s just not as enticing as what was first delivered.

This has very much been the problem throughout the Fear Street trilogy. The events surrounding the primary narrative are far more interesting than what is actually going on. Look at it this way: if 1978 is a generously-filled sandwich where the modern-day plot is the bread, 1666 is like avocado on toast where you’re given too much bread and only a sampling of avo.

Fortunately, there’s enough scope for future sequels to delve more into the history of Shadyside without needing to hinge itself on paying off Deena and Sam’s story. There’s certainly no shortage of source material from R.L. Stine’s books to draw from, although the trilogy is ultimately its own entity with the Fear Street name slapped on.

As with the previous instalments, Janiak delivers a strong subversion of many of the established tropes of the horror genre. In doing so, she does manage to craft a heart-warming queer love story, even if it borders on kitsch by the end. Likewise, the cast does a solid job (accents aside). It’s by no means perfect, and likely won’t satisfy die-hard fans of the books, but 1666 is mostly serviceable – there just needs to be more.