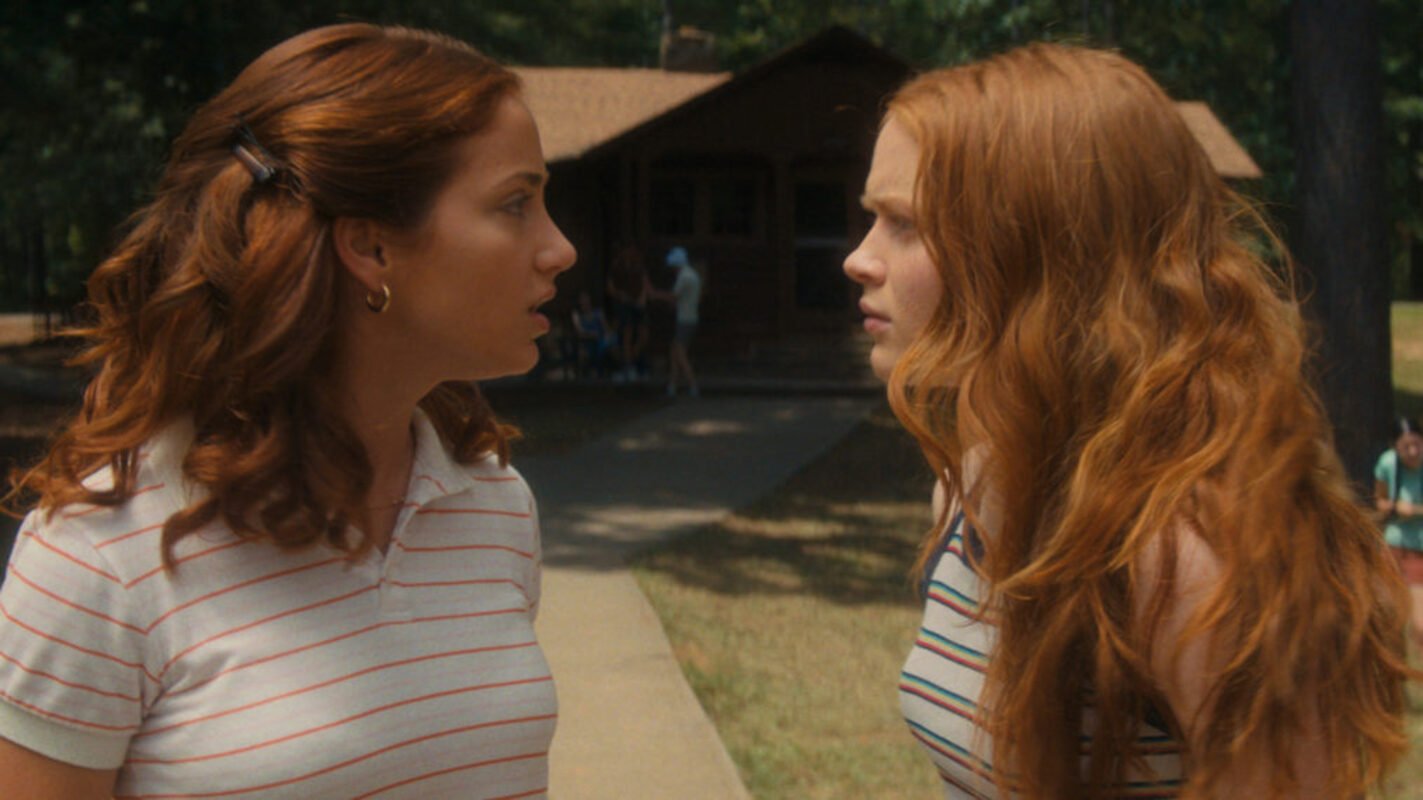 At its core, 1978 is a half-decent slasher film that is a marked improvement on its predecessor

Serving as the mid-point in Netflix’s Fear Street trilogy, Fear Street Part Two – 1978 has the inevitably difficult task of balancing the elements introduced in part one, while also setting up what is to come in the final instalment. For the most part it does this well, mostly by simply not doing it.

Picking up immediately where Fear Street Part One – 1994 left off, with Deena and her brother Josh attempting to lift the curse on Shadyside and free Deena’s girlfriend Sam from possession. In order to do so, they seek out the only known survivor of one of Shadyside’s many killers, one C. Berman, played by Gillian Jacobs. Cue a flashback to 1978 as Berman explains what really happened during the infamous Camp Nightwing massacre alluded to in the first film.

If 1994 was an homage to 90s slasher flicks in the vein of Scream, then 1978 undoubtedly pays tribute to the summer-camp horror films of yore, a la Friday the 13th and Sleepaway Camp – and also, weirdly, to Stephen King. The film by no means does anything fresh with the premise, but for the most part it’s a half-decent slasher if you’re willing to switch off and enjoy the carnage.

Indeed, this makes it a notable improvement on its predecessor, which spent far too much time on exposition and far too little on being a horror film until the final 30 minutes. By contrast, 1978 wastes little time in getting down to brass tacks, aside from the necessary set-up. The biggest complaint is that the meat of the film doesn’t last nearly long enough before needing to lay the groundwork for the concluding part.

As noted, the film is nothing spectacular. The twists are nowhere near as smart as they think they are, and arguably suffer from foreshadowing that is far too on the nose. Likewise, some of the side characters fall a bit too much into caricature, but that’s to be expected from a film drawn from the works of R.L. Stine – so it borders on acceptable.

That said, it is interesting to see a further expansion of Shadyside’s lore, which has been one of the most compelling aspects of the films thus far. It’s good to see characters from the first film (like Sherriff Nick Goode) as teenagers dealing with their own nightmare that would inform their own responses to events of the first film. Moreover, 1978 almost serves as an origin story for one of the first film’s killers, and there’s actually something oddly satisfying about this. Seeing him don the sack-hood for the first time feels almost akin to watching Jason Voorhees finally get his hockey mask.

While she commits many of the same sins from 1994, director Leigh Janiak at least manages to continue subverting some of the less savoury tropes that have long plagued the horror genre. Whereas 1994 featured LGBTQ+ characters at the centre, 1978 focuses primarily on sisterhood and female friendship, which is incredibly refreshing. While they may not have a great deal to work with, both Sadie Sinks and Emily Rudd do a decent job of bringing the Berman sisters to life, along with their individual struggles and fraught relationships.

At heart, 1978 is a perfectly average horror film of a type that we don’t really see anymore. It wears its inspiration on its sleeve, but feels almost too afraid to step away from the mould it is expected to adhere to. Still, decent central performances and an expansion of Fear Street’s lore make it a marked improvement on its predecessor, and not an entirely unenjoyable way to kill two hours.