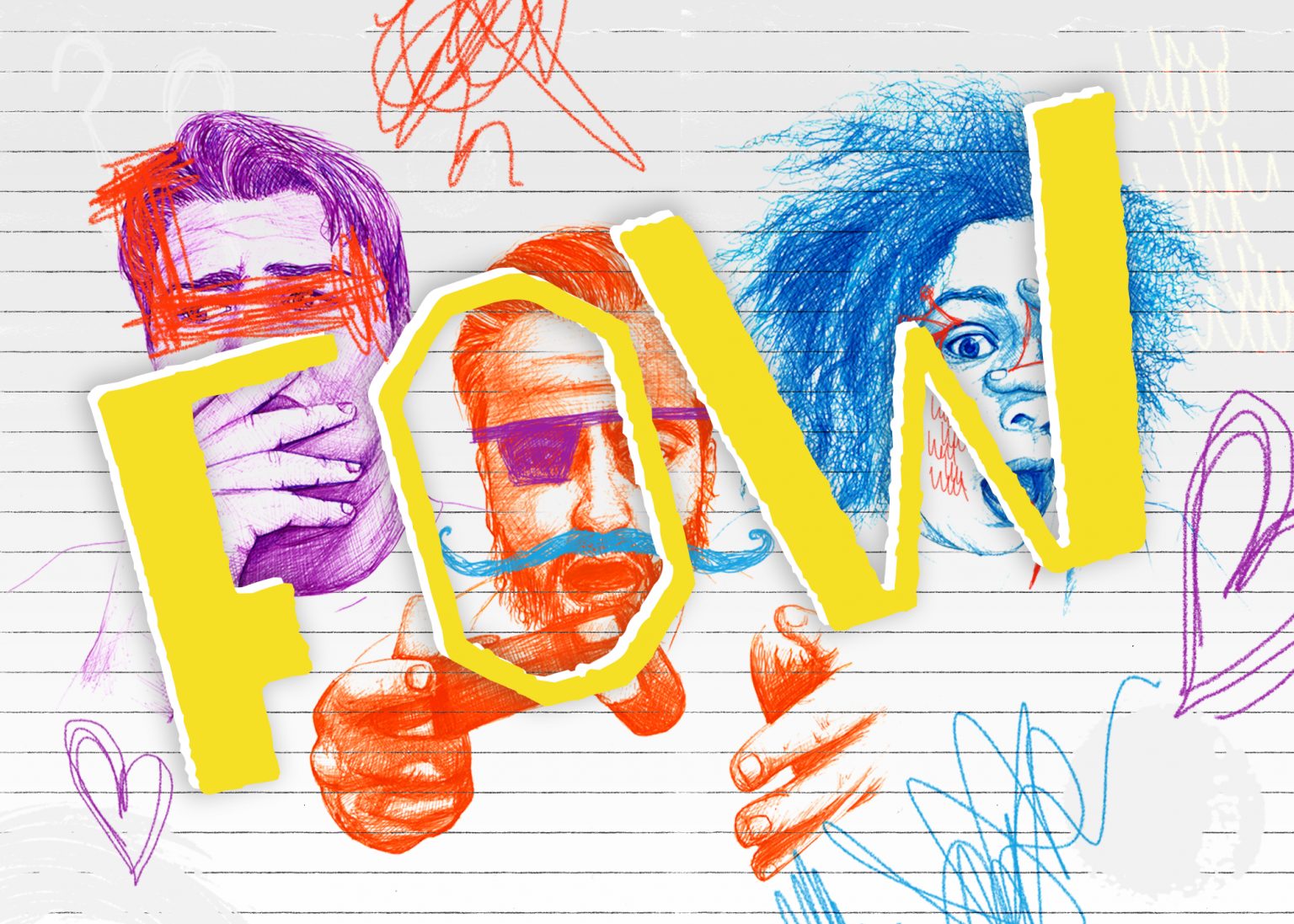 FOW is, by a country mile, the most interesting piece of theatre that this reviewer has seen this August – with the possible exception of Enda Walsh’s Medicine.

It features three actors. They’re in separate places, on separate screens. One lady is deaf and communicates mostly through signing. One guy speaks a mix of English and Welsh. One guy speaks English and signs. There’s an additional window for a BSL interpreter for the spoken dialogue. The action is interspersed with animated illustrations which sometimes stray into frame with the actors. Some technical wizard has knitted all of this together into a coherent film that’s beautifully art-directed, beautifully directed and thoroughly absorbing.

Lissa is at uni, struggling to motivate herself to study. She meets Siôn, they hit it off, they meet for a date. She’s deaf. He can speak Welsh – but he can’t sign. Cue a captivating sequence of the two young people trying to get to know each other. Then we meet Josh. He seems just a bit hopeless. He’s a bit older, spends his time playing computer games and ignoring most of the practicalities of life. His wife kicks him out and he’s forced to hop on a train to – his sister studying at uni.

If this were a Hollywood film, it would be billed as a romantic comedy. But Hollywood wouldn’t dare to make this film. Brother and sister aside, the characters spend most of the play unable to understand each other. She’s deaf. He doesn’t understand Welsh. The other guy can’t sign. (Though he learns.) It’s a romantic comedy but it’s also a stark reflection of the lack of effort invested by many “able” people to understand people who are different.

The cast are all super. Lissa (Stephanie Back) is effusive, ebullient and full of fun when she’s not sulking with her studies. Siôn (Jed O’Reilly) is sweetly fascinated by Lissa, endearingly keen to make himself understood. And Ioan Gwyn does a brilliant hopeless layabout – until you learn the other side to his story.

If you were seeking to split hairs, the presentation of the play does take a wee bit of time to get used to. Because there isn’t so much speech right at the start, you may feel a modicum of impatience as the story unfolds. But FOW is the BSL lip pattern that goes with the sign meaning a breakdown in communications or inability to understand. It’s a wake up call for most of us. Bear with it because it’s worth it.

It would be thrilling to see this play in real life. But while things are all a bit tricky, this is a wonderfully innovative form of storytelling that triumphs in the medium. You hope that we’ll emerge from the pandemic with kinder hearts, making greater efforts to ensure that all people are listened to and included. If Taking Flight have any say in the matter, we can be cautiously optimistic.