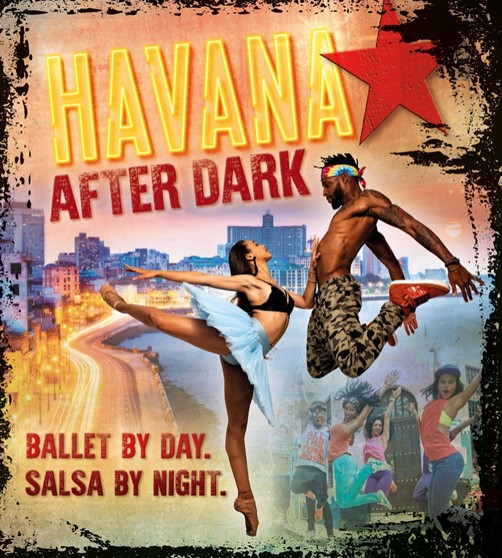 There are lengthy lines at the Edinburgh International Conference Centre for Havana After Dark so take a flask and sandwiches and queue up early since, if you end up being seated anywhere from the middle of the auditorium to the back it’s unlikely you’ll see much of the action on stage.

Like many shows which come to the Fringe each year, the amazingly talented cast of Havana After Dark are blighted with what can – in all kindness – only be described as exceptionally sloppy production values. As already mentioned, it’s exceptionally difficult to see the performers without opera glasses if you’re in the rear half of the theatre; the scene-setting photographs on the projection screen at the rear of the stage look like royalty free images of Cuba that the production designer downloaded from Wikimedia Commons; the costumes are dull and uninspired and – in some scenes – look like the cast are in rehearsal clothes; but, worst of all, the lighting is atrocious. It is exceptioanlly difficult to make out what is going on on stage as the light is so dim, and there are ‘holes’ all over the place where dancers disappear completely from view, not to mention that in the stunning solo spots from Ballet Nacional de Cuba and Ballet Revolución it is virtually impossible to see a lot of the action.  [There’s such a thing as a follow spot, guys, it’s been in use since Victorian times!]

This kind of carelessness and/or penny pinching would have been forgivable in some low budget independent free fringe basement show, but for a ticketed extravaganza like this one where the audiences number in their thousands, there is simply no excuse. Really disappointing.