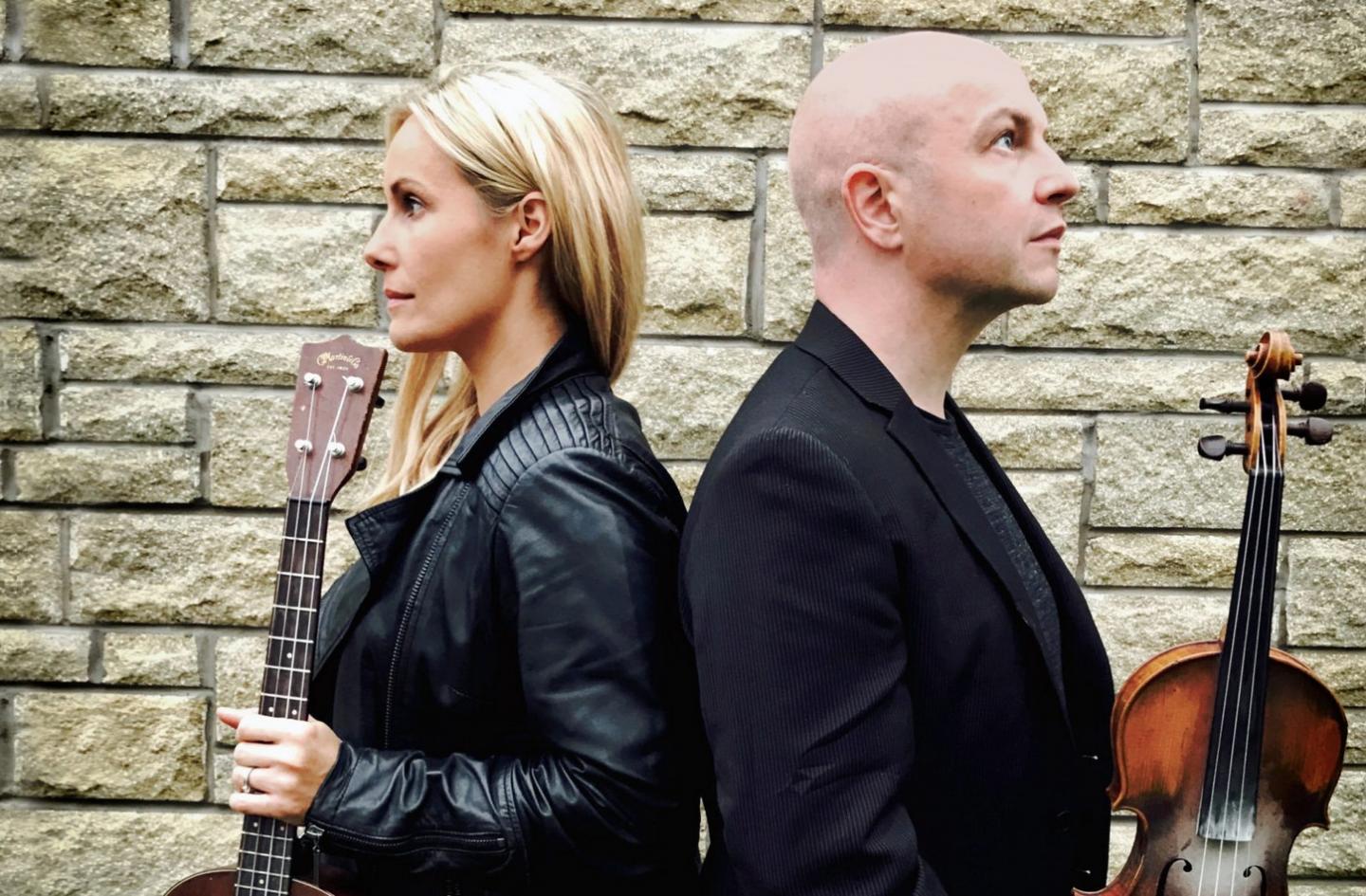 A marriage of Irish and Scottish folk music at its best.

They are used to singing in each other’s bands and shows, but this is the first time that wife/husband duo Heidi Talbot and John McCusker have toured together. It’s a different experience for them, and a great way for the audience to see their partnership through a different lens. The audience at the Tolbooth tonight is privy to stories from their home, visits to Ireland, and enthralled by the folk stories they tell.

The concert starts with the song Love is a Bridge Between Two Hearts. It sets the tone for the evening ahead. Not only does it display the musical talent of all four members on stage, but it showcases the lyrical voice of Heidi Talbot. Her vocal skills are timeless, perfect for giving a voice to the folk stories and characters that populate their songs.

Through the first set, surely crafted by Talbot and McCusker, a path weaves between funny stories and folk music. With songs such as The Shepherd Lad and Calendar Boys, the audience is held captive. A highlight of the first set includes two reels – Billy’s Reel and Frank’s Reel – which pick up the beat of the previous songs and enliven the audience. McCusker leads with the fiddle, and his playing is feverish, wild and controlled. He plays with a passion that is contagious.

The second set starts with a bit more melancholy, but it soon picks up with wonderful songs such as William Hall, Leaving Friday Harbour, and their rendition of Lonesome Eyes by Jerry Holland. Talbot and McCusker introduce their different songs, telling the stories, which is a perfect way to put the audience in the mood. The folk stories that Talbot shares are full of twists to make the audience laugh.

The beauty of folk music is the effect it has on the audience. It transports them over hills or down to the pub. Talbot and McCusker, alongside their special guests musicians Adam Holmes and Innes White, succeed brilliantly at that. The show tonight is a delightful display of a folk concert at its best, with lively music, an engaged audience, full of sorrowful and funny stories.