This is a sharp, funny, energetic and enjoyable addition to the Snapshots series.

I am Tom Moody is director Ainslie Henderson’s multi-award winning animated short: a self-reflective vision of paralysing creative stage fright, where Tom Moody comes to terms with his own artistic nature in visual metaphor. The screening of the ‘making of’ short alongside the film demonstrates that creative anxiety is not just a subject matter for Ainslie Henderson but more akin to the core of his artistic being, as he shows himself to be as full of echoed doubts as his title character.

This is a sharp, funny, energetic and enjoyable addition to the Snapshots series, with Mackenzie Crook bringing some star gravitas as the immediately recognisable voice of the protagonist. The story of an amateur musician’s struggles is easy enough to relate to while giving enough material to construct a lively and visually rewarding short. The models and animation are superb, approaching Aardman levels of quality. Having the ‘making of’ as the crowning companion piece deftly communicates Henderson’s own self-doubt and his self-deprecating sense of humour, as well as the frustrations and difficulties of working with stop-motion animation. And as with many films, the more learned we are about its creation the more the impressive it becomes that it was ever made at all.

Showing as part of Manipulate Festival 2013. 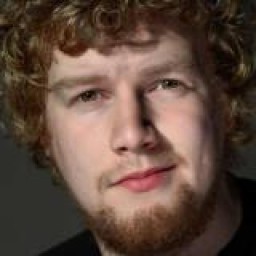 A jaunt through the many faces of capitalism, and the tools it uses