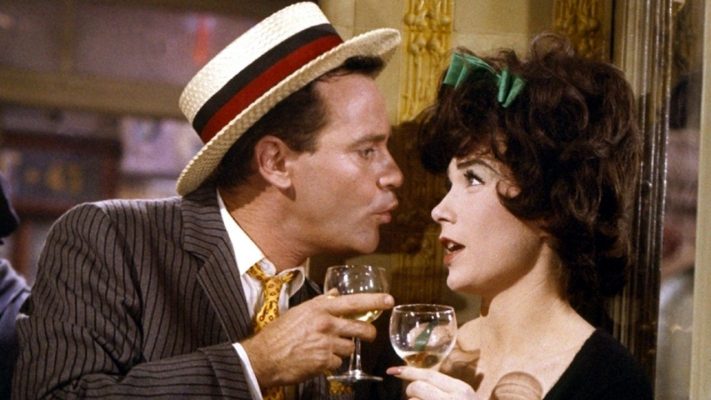 We are in Paree as seen by one of those pavement artists – all soft focus back alleys and picturesque street people. MacLaine is the hoor with allure, Lemmon is the jobsworth cop who tries to save her (by becoming her pimp). It’s meant to be funny. The leads are great, the 360° set and the costumes are magnifique but, oh, that script. The silly slapstick. Those jokes. The sexual politics!

The movie was based on a musical and although there is a fine score from the late André Previn the movie is crying out for songs – and laughs! The eagle-eyed will spot Russ Meyer’s big-bosomed muse Tura Satana as one of the working girls. Oh, what Meyer would have made of the Irma la Douce. It might not have been a better film, just a more entertaining one.

It’s astonishing that a director like Wilder could have gone so off-piste. He jokingly called Irma a combination of Tennessee Williams and Walt Disney. Dizzy on the success of his previous hits he really phones in this one. US critic Pauline Kael called the movie “abominable.”  That’s a tad harsh but it’s one of cinema’s true disappointments.