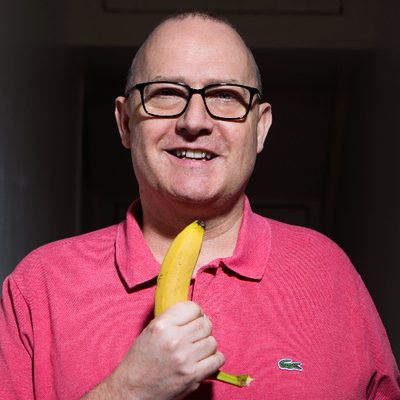 Jeremy Nicholas: What Are You Talking About?

A pleasant hour of, albeit nerdy, fun

Jeremy Nicholas, the BBC’s eleventh Jeremy, following long after Clarkson, Paxman and Vine, brings an entertaining and quirky spoken word show to this year’s Fringe as he lifts the curtain on the myths of speaking in public.

Nicholas is a born raconteur and paces the stage confidently, as he treats us to liberal helpings of handy speakers’ tips and insider anecdotes.  Some of the material is fairly run-of-the-mill Best-Man’s-Speech stuff and the vocal exercise section of the show is overlong. Having said this there are some great nuggets of information to be picked up along the way. This reviewer particularly liked the concept that if you have difficulty saying a word or phrase, don’t struggle with it – simply change it to a word or phrase that you can say. The best tip delivered during the performance involved the TED lecture series and if you are asked to speak at a local TED-X event, be sure to be photographed so that you cover the “X” on the TED sign.  Genius!

Where the show really takes off, though, is the wealth of anecdotal material the performer brings to the event from a long career in speaking and broadcasting. Nicholas regales us with such bizarre tales as the rugby player who didn’t think “fuck” was a swear word. He also tell us about award mix-ups whilst being the compère at the Undertaker of the Year Ceremony (can you believe that there’s actually a Grave Digger of the Year award?); and who knew that the BBC really has a Department of Pronunciation.

It’s a pleasant hour of, albeit nerdy, fun and anyone who has an interest in having their voice heard publicly, whether as a broadcast journalist, stage compère or even a poet will enjoy it and even learn a thing or two.