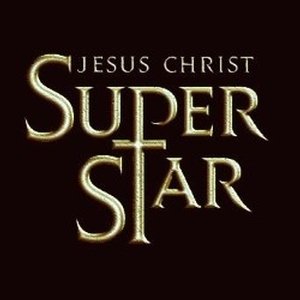 A good and entertaining Lloyd-Webber adaptation from Captivate Theatre

Jesus Christ Superstar, along with perhaps Sunset Boulevard, is one of the most difficult Lloyd-Webber rock operas to stage, and it’s an act of either extreme courage or foolhardiness on the part of Captivate Theatre to mount a production of this show with an amateur cast. Particularly on what looks to be a budget of seven shillings and fourpence.

However, this is a good and entertaining 90 minutes and Sally Lyall’s production is big and exuberant – though perhaps a little too exuberant in places for this reviewer and we could have done with maybe just a few less cartwheels and somersaults from the ensemble. The show features the luxury of an eight-piece orchestra who handle a complex score with aplomb, though some audience members who don’t own quite as many soundtrack albums as your reviewer might have had a bit of difficulty making out the lyrics in some of the noisier tunes.

In order to really work, however, this show relies heavily on the singers portraying Judas and Jesus to be blessed with an unnatural talent, and though Colum Findlay and Oliver Payn respectively do a remarkable job (Findlay goes for the jugular from scene one whereas Payn starts out fairly softly but really finds his groove with the Gethsemane/I Only Want to Say number) they’re both sadly just not quite up to the Broadway standard that these roles demand.  And, alas, while Linzi Devers is a good singer and an obviously talented youngster, she completely fails to convince here in the role of Mary Magdalene.

The real stars of this show, to this reviewer, are the superb supporting players – Zorbey Turkalp and the wonderfully snide Hazel Beattie as the sinister Pharisees Calaphus and Annas were particularly startling; and the small but powerful Darren Coutts does a really convincing portrayal of the long-suffering Pontius Pilate.

This is not a bad production and the cast are well deserving of their many curtain calls – though some of these accolades might be from proud mums and dads – but perhaps the producers have been a little overambitious with their choice of score and have taxed the not inconsiderable abilities of their very dedicated cast.