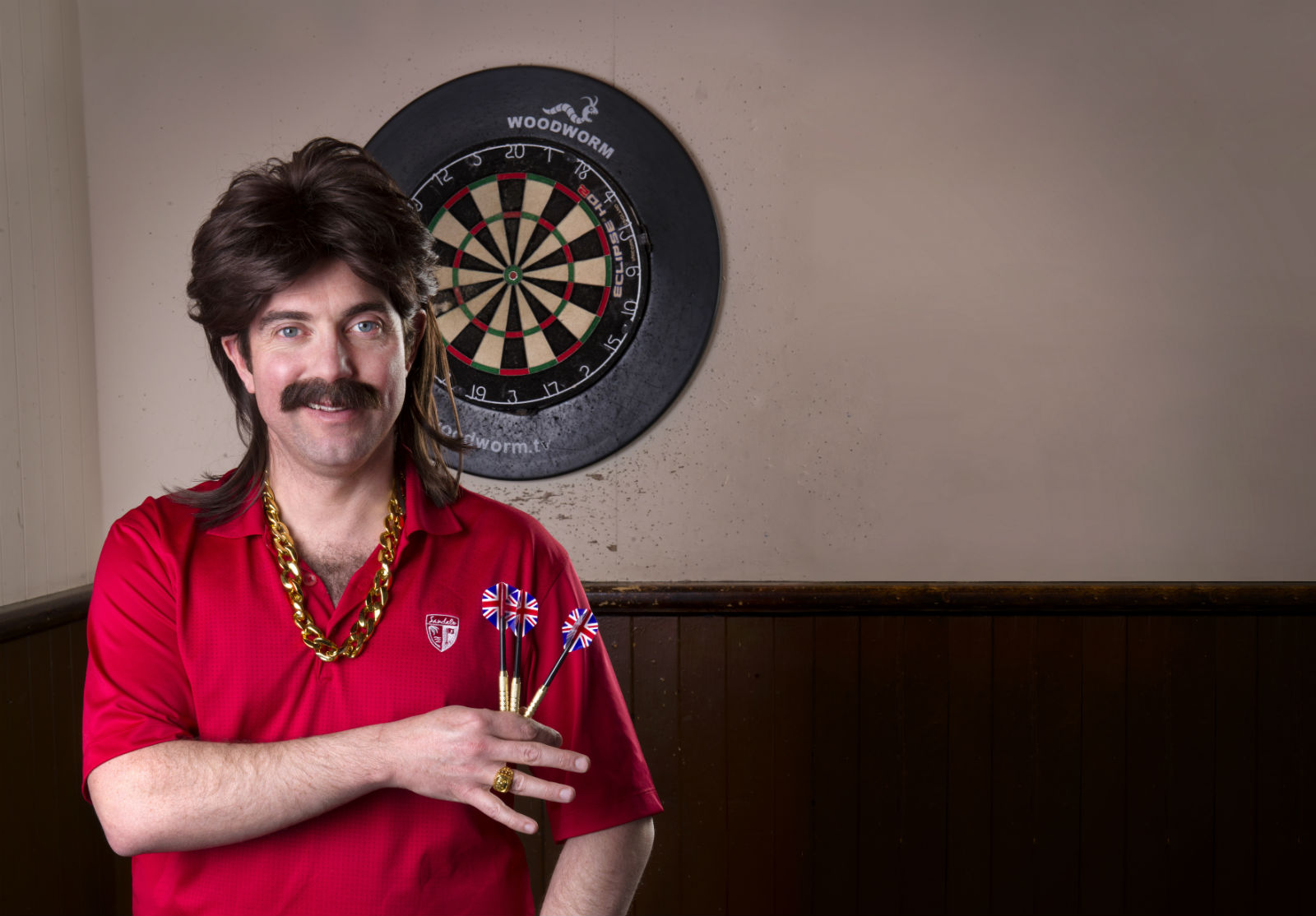 Jody Kamali is Mike Daly - Darts and All

Darts and All puts us on the oche for the rise and fall (and rise again?) of Jody Kamali’s comic creation, darts legend Mike Daly. ‘Dazzling’ Daly’s star burned quick and bright at the turn of the 90s. He rose fast from Bristolian roots through the South East London amateur scene to win the biggest prize of all – the Fray Bentos Championship – before nose-diving into obscurity after a fateful match with his arch-nemesis. He’s now back to tell his story and face the questions of his adoring fans.

With its cheesy styling and retro references, it plays well to a specific demographic. One teenager looks baffled to boredom by it – if the darts itself hasn’t left her cold, then the references to old-time stars like Rod Hull and Jim ‘Bullseye’ Bowen will have. By contrast, some of the older lads and lasses in the audience lap it up, happy to play along as Daly’s ever-loyal fanbase – or, in some cases, characters in his story – and get their nostalgia switch tripped by 80s soft rock anthems and that mullet-and-tache combo.

It conjures the era and circuit pretty well – the provincial conference centres, the geezerish promoter that takes the young Daly under his wing. Daly has a low-budget Posh ‘n’ Becks romance with a shoulder-padded siren called Ros too.

Much of it would work better with a lairy, beery pub crowd though. Kamali works through Daly’s greatest hits of walk-on tunes and without anyone egging on his dancing, it drags a bit. There must also be a better and less time consuming way to drive the story than giving us questions to repeat back to him.

At those moments, the comedy feels thin; at others, such as Daly’s obscurity years in South America, the story gets unnecessarily far-fetched, when it might be better sticking closer to character. It’s all good, clean fun though. The audience are warmly brought into it, there’s some participation (but nothing humiliating) and the old school references go down well. It’s easy escapism from more serious fare elsewhere.