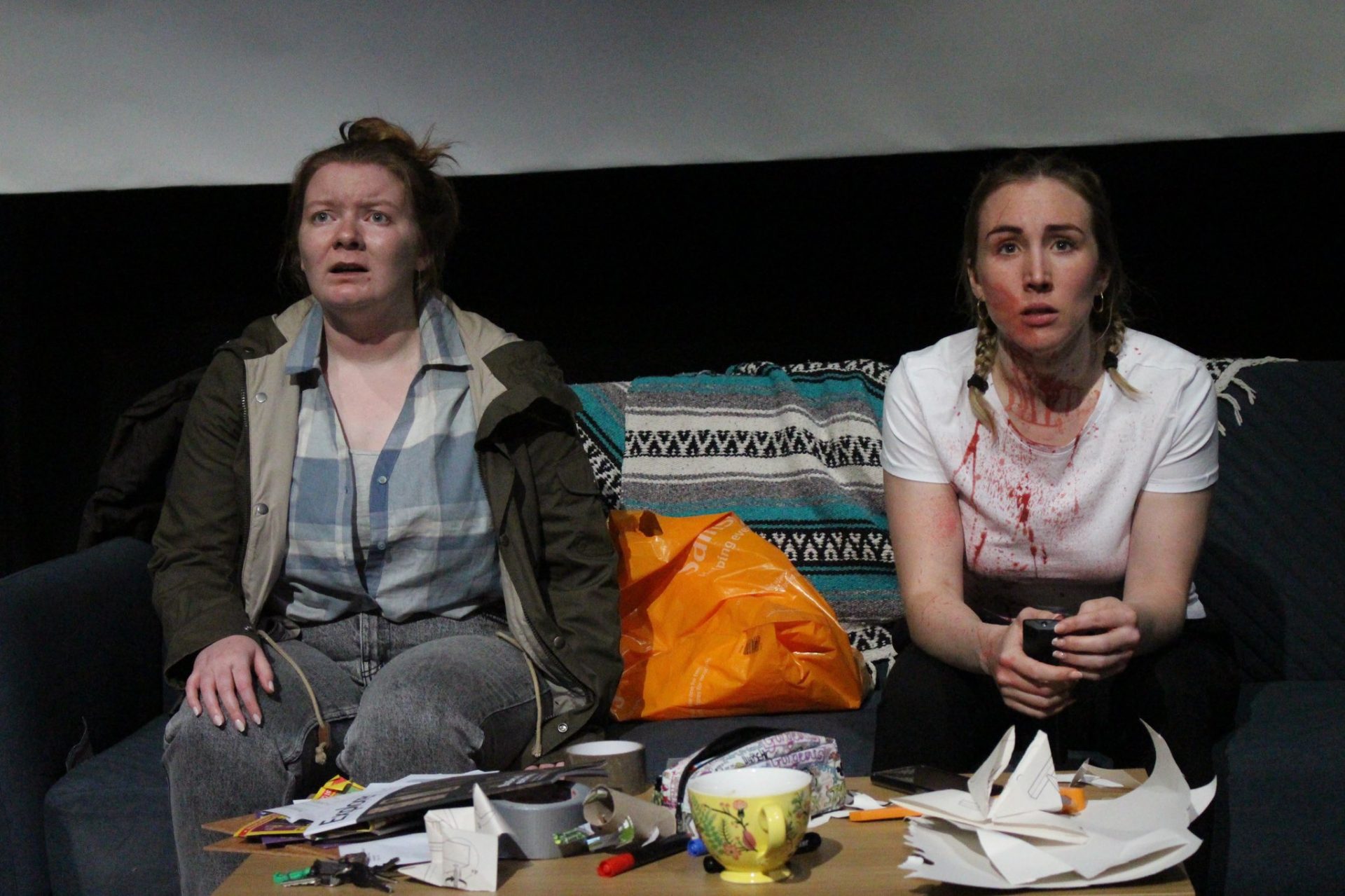 Darkly comic play that will leave you weak at the knees

In Kneecaps, a play written by Joe Hunter, exes Ali and Jess are cooped up in a flat together, wrestling with issues of religion and mortality while a deadly epidemic rages outside. Sound familiar? Don’t worry, it’s not that pandemic. This deadly affliction involves exploding kneecaps. Yes, really.

Hunter’s two-hander is a surreal and darkly comic play that tackles big issues on a personal and global level. Jess (Katrina Allen) enters the first scene covered in blood, having watched one of her nursery pupils succumb to this strange phenomenon. Ali (Shelley Middler) has gone round to Jess’s flat to drop some belongings off and surveys the horrific scene. Desperate for answers and guidance, Ali first phones her parents and then her priest while Jess mocks from the sidelines. It soon becomes clear that God was the third person in their relationship.

As the drama (which Jess dubs “Kneemaggedon”) takes hold, the former couple are drawn back to each other, then apart as it is revealed that the seemingly strong and put-together Jess struggles with addiction and self-harm, while Ali is at first timid, exuding neediness. Allen plays Jess with such ferocity and conviction that it’s hard to take your eyes off her. Middler’s performance is understated at first, then reaches a crescendo in a moment of heart-wrenching tragedy that’s almost difficult to watch.

It becomes clear that religion is not only one of the reasons the romance ended but also why Jess no longer has a relationship with her parents. Because as far as society has come in embracing queer relationships, there will always be those actively fighting against them.

Rachel Fraser’s direction of Kneecaps is unshowy and allows the actors and Hunter’s words to shine. It feels like we are sitting in Jess’s living room with them, watching the former couple grapple with life and death. The setting is naturalistic, claustrophobic, and all too familiar to everyone who spent far much time indoors over the past couple of years.

Moot Point Collective, in association with Framework Theatre Company, has created a fantastic piece of work. The premise may be absurd and unlikely but the humanity that lies at the heart of the work is very real.