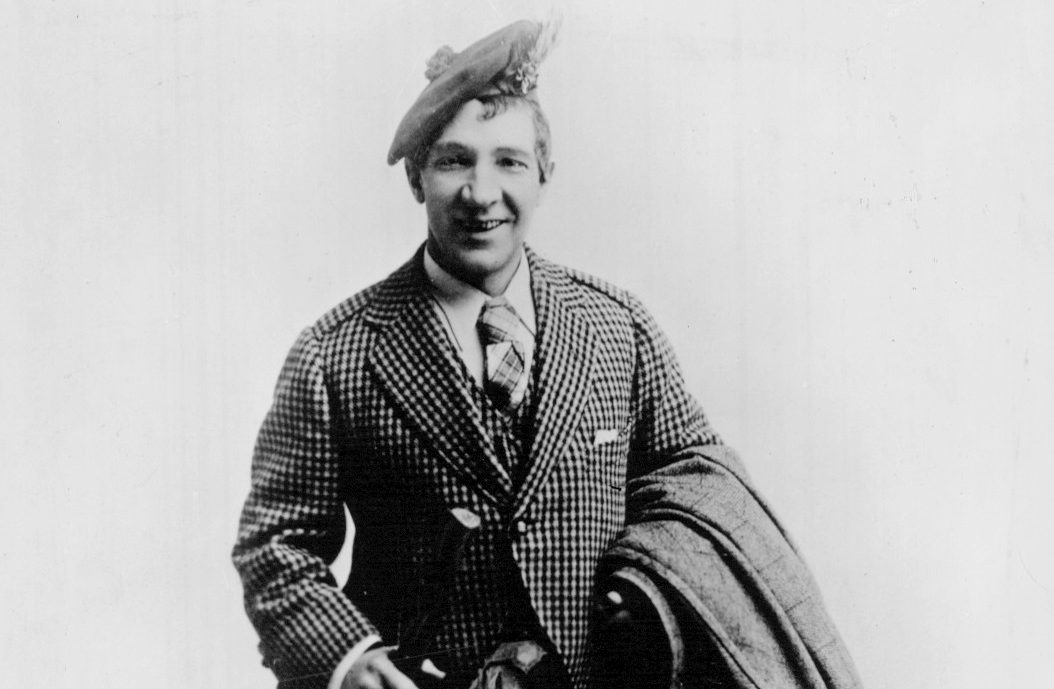 A wee smasher of a treat

At one moment in history, Harry Lauder was the highest earning entertainer across the globe. He was the first British artist to amass the sale of over one million records. Following the loss of his son in the First World War, he also went on to raise vast sums for returning soldiers. For this, and much more, a knighthood was bestowed to (now) Sir Lauder in 1919, the first one for a performer of music halls.

The story of one of Scotland’s most successful singer-comedian, or as he would prefer minstrel, is a rich one to compact. With such a notable history, Jamie MacDougall tackles the role in a way that would without a doubt make the man himself proud.

MacDougall and director Kally Lloyd-Jones have adapted the original script by Jimmy Logan. Harry Lauder finds himself rehearsing backstage while a single solitary member of the press sits in the audience, offering questions. From this simple jumping point, we cover most of Lauder’s fascinating, star-studded life through dance, melody and nostalgia goggles.

True to the name of a minstrel, Lauder comprises itself around his music, with interjections of historical facts, gags and snippets of crowd japery. From his first pantomime performance of “I Love A Lassie” to the crowd-pleasing behemoth that is “Romain’ in the Gloamin”, a wealth of numbers are performed. Renowned for his voice, MacDougall’s vocals are without question impressive. Perhaps most remarkable is that the sheer force behind his voice is under tremendous control inside the smaller space of the Festival Theatre Studio. He tempers the intensity; we feel how much power is in MacDougall’s voice, and yet he exhibits a playfulness with the lyrics to fit with the tone.

While MacDougall’s vocals add his own touch to Lauder’s own distinct timbres, his characterisation is spot on; from facial expression to shifting his entire body to push for authenticity. It’s intimate theatre with a strong sense of an almost one on one conversation taking place before us. With the piano, along with his costume pieces on stage, MacDougall and Lloyd-Jones production benefits from the updating of Logan’s script. The video projections – chiefly of war-time documentary footage – are a pleasant touch but could have been utilised on a broader scale. Its use is sporadic, and its lost potential is evident during the costume changes.

Perhaps though, it may simply be desiring more of a good thing. The same is valid for the anecdotes MacDougall shares with us, which are just as sought after as the music. They’re infrequent to begin with, becoming more prevalent as Lauder reaches his semi-retirement. They make for the human insight to the man behind the sporran, MacDougall carrying them well. The news of his son’s passing, revealed in a telegram on New Year’s Eve is the poignant moment. One not used to milk emotion, instead, Lauder’s brief recollection leadings into the dedications and memories of Lauder’s son.

There are two groups of people who will sit with honest smiles, devoid of pretence. The first is children, experiencing something magical for the first time. The second, a crowd who are re-living that magic which would conjure happiness and see them through sorrowful times. Lauder is a wee smasher of a treat: big in performance, large in heart and enormous in character. So, before you depart – have a “Wee Deoch An’ Doris” for Sir Harry Lauder and this excellent portrayal courtesy of MacDougall.