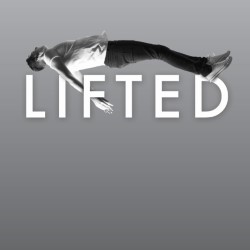 A suffocating performance. Less enjoyable as entertainment but all the more powerful as a political statement.

A performance worth seeing - that simple

Lifted returns to the Fringe in 2016 after a successful run at the free fringe last year.

Ikram Gilani plays a Scottish man, Anwar, confidently holding court in Glenrothes Police Station while simultaneously responding to an increasingly threatening interrogation by invisible – and anonymous – officers about his acquaintance, Moody. Moody happens to be a Kuwaiti student and we are treated to a selection of flashbacks about how they met and became friends.

Gilani achieves a flick-of-the-light-switch move from confident, speedy bravado, betraying the low level criminal that he is, to the realisation that this situation is about far more than a little drug dealing and that he is in a pretty precarious position. As the interrogation goes on there is a complete but believable collapse in Anwar’s confidence.

This intense performance touches on some current hot button topics such as Islamophobia, drug dealing, homophobia within communities and above all how exactly the war against terrorism is being fought in our name.  Throughout it all the question is what do his interrogators want to know? Will Anwar give up Moody?

Despite the subject matter there are moments of the ridiculous that result in laughter which feels inappropriate at times.

The venue of theSpace @ Surgeons Hall means the performance is quite suffocating and you are unable to really get away from the intensity. This makes the whole thing far less enjoyable as entertainment but all the more powerful as a political statement.

Be warned, this is not for the faint-hearted. Please be aware that this very Scottish production’s authenticity comes from not diluting the language (well not too much anyway!)