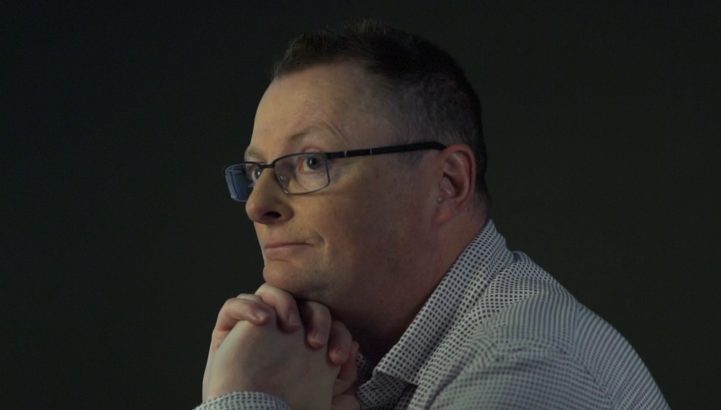 In memoriam of our friend and colleague from Stonehaven.

It is with great sadness we must report the death of our writer, Tom Simpson, from cancer at the age of 48.

Tom, who lived in Stonehaven, joined the site in February 2016, and was our first theatre writer in the north east.

“I don’t really see myself as a writer…,” was how he first introduced himself, and as is often the case, those who are most modest turn out to be the best assets to the team. “I have spent the last few weeks mulling over applying and thought why not?” We will always be very glad he did.

Tom set about his work with immense enthusiasm, and his love and admiration for the performing arts shone through his writing. Although he started out reviewing theatre and film for us, he ended up covering music, comedy and much more besides, always ready with suggestions for shows we should be reviewing in his neck of the woods, including long-standing Aberdeen comedy troupe the Flying Pigs and Woodend Barn’s Source Festival. His five star review of Curtis Stigers went viral when the man himself and his legion of fans got wind of it. He was also a regular visitor to the Lemon Tree’s A Play, A Pie and A Pint shows, picking up the plays we Central Belt writers hadn’t been able to, and wasn’t averse to a long round trip when the theatre bug hit. In fact, his first review for us was Witness For The Prosecution at Dundee Rep.

Venturing further afield, Tom was part of our 2016 Fringe team, visiting Edinburgh with a four-day schedule so packed only the foolhardy or the Fringe-addicted would attempt it. “I am doing so many shows, I will have to look at the site when I get home,” he responded when I pointed him in the direction of some things he might like to read. “Just happy to contribute!” he replied with typical modesty when I thanked him for his hard work. He also paid a non-reviewing visit in 2017, and it’s a lasting regret that we did not get the chance to meet and catch-up.

Married to Jan for over twenty years, Tom was always quick to give her credit for her help and support. “I admit I will be sending rough drafts to Jan, who will make it coherent!” In the end, he requested reviews to be co-credited. As Tom said, “it’s more of a collaboration and we have enjoyed having something in common that we do together. Is there some sort of way it can be more official so that we can give male/female view? Don’t want it to be all lovey-dovey!” It was lovey-dovey, but in the best way, and he and Jan became a writing double act.

Tom had already been diagnosed when he joined the team, but he did not let this faze him or hold him back. “It has not stopped me working or playing!” he said. And it did give him a perspective he could bring to bear when seeing shows. Of Scott Gibson’s comedy award-winning 2016 show, Life After Death, he commented “the black humour from nurses is spot on.” He found the play Miss Veitch’s Roses less reflective of his experience though: “Anyone with any experience of caring for the elderly or those with long-term health conditions may find the ‘job’ represented in an over-simplified and sanitised way.”

In his working life, he was a store director for a well-known high street opticians, and with colleagues recently raised £1,000 for the Roy Castle Lung Cancer Foundation. It was not the only way he tried to give something back. He was also a member of the Children’s Panel, a voluntary counsellor with Childline and helped to set up a social entrepreneurial business plan for an optometry department in Korle Bu Teaching Hospital in Ghana. He was a man of kindness and generosity.

“Given a different upbringing and access to opportunities, Tom could’ve been so many things. He could’ve changed the world but never ever taken any credit for it,” said Jan of her husband. That much was evident from the too short time he had with us on the Wee Review. He was instrumental in helping us become a national website, and in helping champion brilliant performers, whoever and wherever they are. He will be much missed, and very fondly remembered. Our best wishes are with his family.