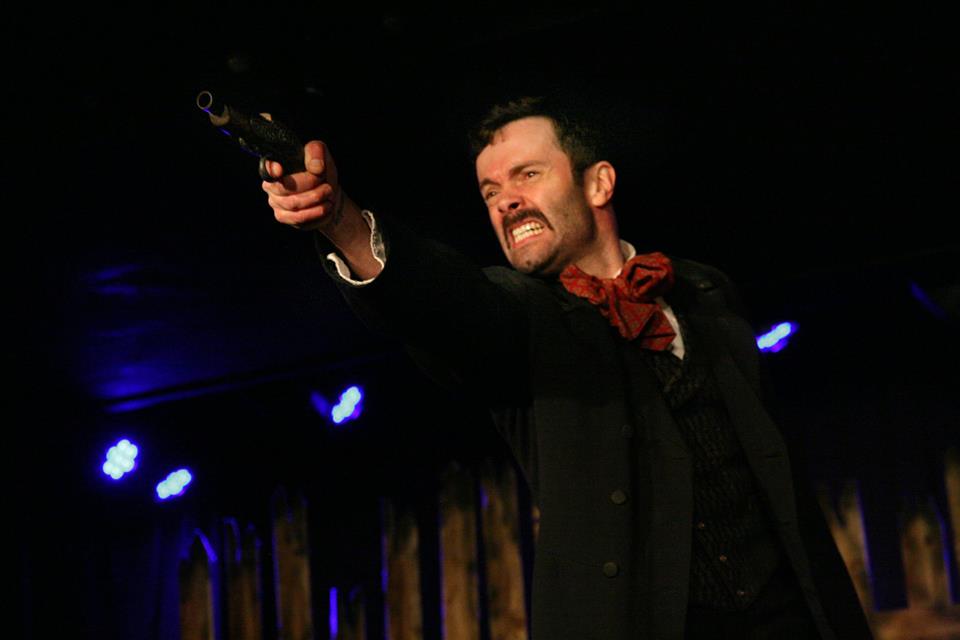 Playing with language is such fun.  In the hands of an accomplished playwright like Peter Arnott it becomes a tool for bringing the past to life while simultaneously satirising the present.

His Final Bow is a glance into the last night of John Wilkes Booth who assassinated President Abraham Lincoln in 1865.  The racist vitriol he spouts is uncomfortable to hear yet reminds us we don’t need to look very far to hear the like today.

Hatred, ambition and vanity remain a dangerous combination from before Shakespeare’s Macbeth into our own unsettling times.  James Mackenzie‘s Booth holds court, even in a barn, to Alex Fthenakis‘ Davey.  Perhaps Davey’s adoration of Booth could have been better realised but, as always with A Play, A Pie and A Pint, time is stealing from character development. This dense script demands a lot from the actors and a lot of active listening from the audience too.

There is enough humour to help the piece skip on, but what is perhaps most memorable is the wry, painful acknowledgement of the existence of “alternative facts” in a time of newspaper supremacy.

This is an admirable piece, full of warnings of the lengths people will go to when they believe they have right on their side.