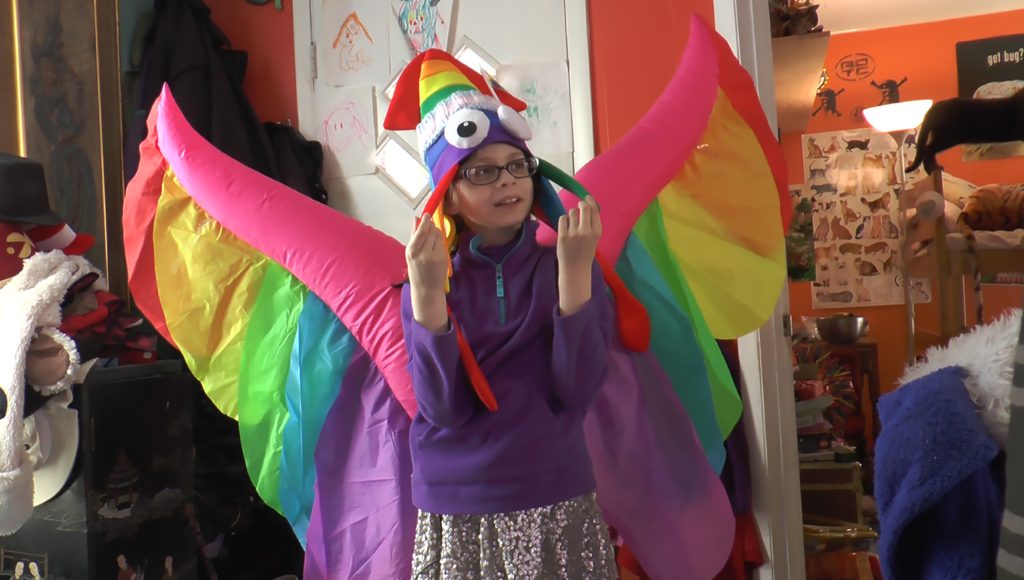 This family-centric documentary focuses on the McCarthys: parents Shelley and Chris and their transgender children, Luca and Ren. The film’s opening scenes highlight an eclectic home with pets roaming and bright colours. The impression: a bohemian, progressive family, although both Shelley and Chris initially had a difficult time accepting oldest child Luca’s coming out. The film is, in part, a look at this shift for parents, even those who are open-minded, and the titular Little Miss Westie pageant competition is really a backdrop to the exploration of trans issues in families.

Footage that feels intimately like home video follows the family in their day-to-day activities—school, car-rides, birthday celebrations—with only a few to-camera interviews. Several scenes also invite us into hospital and clinic visits, pointing to both the practical elements involved in gender transition as well as the resultant concerns and support of parents.

Importantly, though, the documentary, filmed in 2016, is punctuated with overheard radio broadcasts and background snippets of news reports focused on the impending election of Donald Trump. Shelley discusses the worrying implications of this for anyone in the LGBTQ+ community, especially considering Vice President Mike Pence‘s horrifying stance on issues such as gay conversion therapy. By the final act of the film, the Little Miss Westie contest therefore takes on a new significance. On one hand, it’s a traditionally female activity that Ren wants to be a part of to affirm her identity. However, perhaps more importantly, it becomes a unifying focus for the whole family; at once a goal to work towards that can assert a message to others about acceptance and a refusal to back down amidst a cruel political and social climate. In fact, big brother Luca is more determined for sister Ren to win than she is.

Little Miss Westie is both affirming and saddening. Despite its close focus on one family, it provides insight into divided opinions in a country where prejudice seems to have become acceptable, and offers an informative investigation of a sensitive and important human issue.