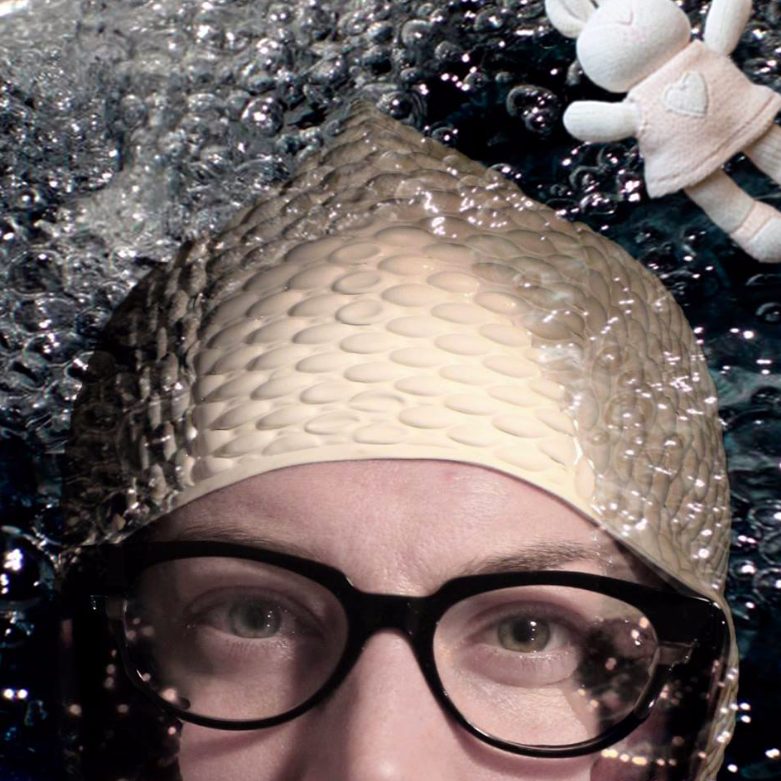 A small girl is trapped in a house as flood waters rise. Her dad is asleep in the living room. Susan peers through the window as ducks swim down the street (clearly wrong as ducks shouldn’t need to swim in the street). She feeds them bread. She prefers toast but the toaster’s broken. She tucks her toys in to make them cosy as night draws in. And she wonders what will happen next.

To occupy herself, she revisits one of her favourite fairy stories, Rapunzel – the story of the child surrendered to a witch in recompense for stolen lettuce and confined to life in a tower with only her long hair and occasional witch visits for company. As Susan’s own story unfolds alongside the fairy tale, the eerie parallels become apparent.

Jane McNulty‘s script is fascinating, carefully located in the world of a child. It makes some lovely observations about the things that make total sense to adults and no sense at all when you haven’t lived a bit more of life. Susan replays the advice she’s always been given by her parents (keep away from the window, make sure you stay in sight of the house when you’re playing in the park) though in the end it becomes clear that this advice has done nothing to keep her safe.

Deborah Pugh is a gripping, extremely talented performer. She’s built her career on physical theatre, seen at previous Fringes with Theatre Ad Infinitum in hit shows like Translunar Paradise and Ballad of the Burning Star. Little Rabbit makes it perfectly clear that she’s more than capable of holding her own as a solo performer.  She charmingly recreates the unselfconscious body language of a child, steadily, relentlessly revealing the sinister story that now traps her on the stairs.

An evocative set and thoughtful props and costumes create a suspenseful claustrophobia in Bill Hopkinson‘s production as the story winds to its haunting close. This is a chilling modern day fairy tale that questions what happens to the children that slip through the net.