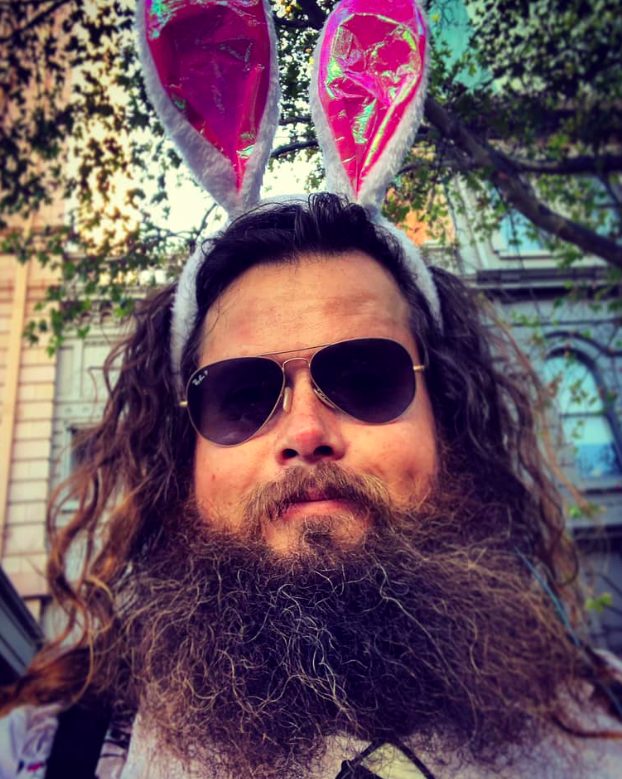 David Tieck
What Would Bill Murray Do?

Your first impression of David Tieck will likely sum up what you think of his show. As you walk in, a man wearing a greasy top, a pink tutu and cat-covered shorts is welcoming everyone in with a manic wave. To a lot of people, things will very quickly get too weird and too obscure, but this is absurdist comedy after all. Tieck is clearly having a ball as he treats his audience to one wacky ride, with enough laughs and twists to entertain those who already love his style.

But Tieck’s brand of enthusiasm in What Would Bill Murray Do? isn’t quite infectious enough. For the first half in particular, audience reactions are dominated by confused faces and puzzled murmurs, with the odd laugh thrown in for good measure. Slowly however most of the crowd comes around to Tieck’s method. His colourful illustrations are used to great effect, and his attempts at getting the audience to sing are a surprising success. As the show goes on he increasingly finds the reactions he is looking for, and if you stay until the end you will not regret it. His quirks can easily be a bit too much for some, but Tieck at his best can be a bundle of gag-ridden joy.

What Would Bill Murray Do? has a story to it, sort of. Tieck attempts to get 37 stupid jokes into his show so he can unlock the meaning of life from a paper envelope. When he achieves his aim, the show takes the briefest of profound lunges. Even this quieter moment of significance however is littered with stupidity. The audience by this point have given up trying to make sense of anything. Most are just wiping away the tears as Tieck’s bizzare act gets to them yet again.

Not all of his jokes, even the clever ones, land straight away. In the absurdist league table he is certainly not at John-Luke Robert’s level, but if you like his style then Tieck can be wildly entertaining. With a bubbly personality like his and such obvious enthusiasm for whatever he is doing, you will leave the show with admiration for Tieck even if you don’t quite feel the same about his show.